Home Info Has Denied by JYP Before, Other Netizens Admit to Being Stray Kids Hyunjin's Bullying Victims

Has Denied by JYP Before, Other Netizens Admit to Being Stray Kids Hyunjin's Bullying Victims 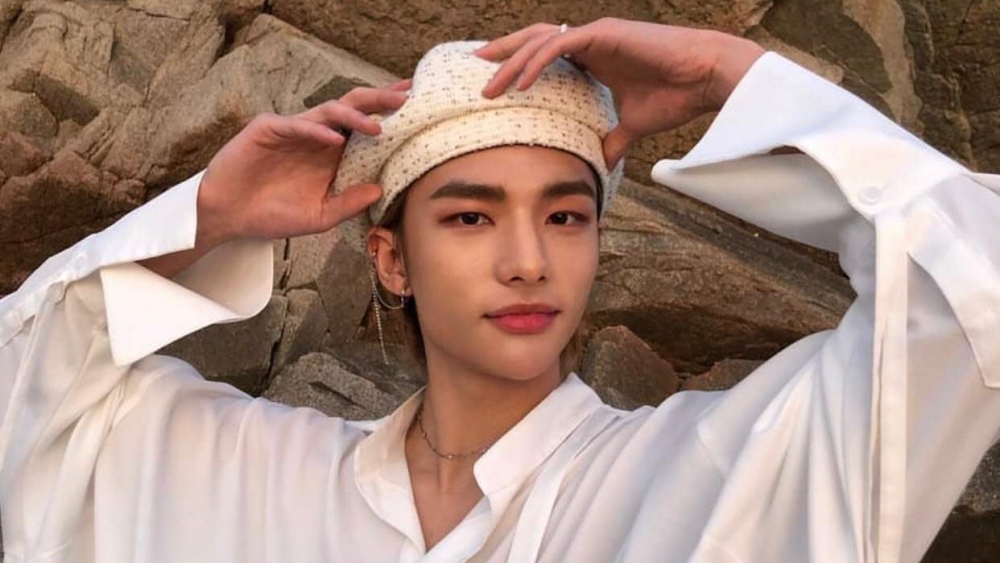 Another netizen admitted that he was also a victim of bullying by Stray Kids' Hyunjin. Previously, Hyunjin was accused of bullying and violence against classmates.

Although this allegation has been denied by JYP Entertainment, now there are other netizens who also claim to be victims of Hyunjin's bullying. The netizen wrote, “I attended Seongnae Middle School and when I was in 2nd grade, I was in the same class as Hwang Hyunjin. I was the victim of his school violence."

“He was causing me so much pain that I thought about committing suicide. My past is hell to me and remembering what happened makes my hands tremble with fear. When he debuted, and when I saw him on television, I immediately remembered all the terrible memories from my past. It's hard for me to live a normal daily life because of the trauma I received."

“He beat me at school because I didn't hold the ball during the soccer game. He cursed me and bothered me because of my size. I became a loser because I couldn't hold the ball. After this incident, I was subjected to ridicule and torture by Hwang Hyunjin."

“My name has become a joke. In group chats, he would write things like, 'Are you XX (Name of victim)? Why are you acting like him?' He would use my name to joke with his friends. I couldn't do anything with the group chat and it made me fall into a deeper depression. I got so scared that at one point, I stopped going into group chats. My pride becomes non-existent."

“I may not have physical evidence, but I have witnesses. I have collected their evidences. I'm sorry that I only have my words and have no concrete evidence.”

“I'm writing this experience exactly as it happened. I don't want to have any evidence of experiences that have made my life so difficult. I wanted to die then because it was too much to handle. I want to reiterate that although I may not have photo or video evidence, I do have proof from witnesses who saw what happened."

He then includes a screenshot of the KakaoTalk conversation with his junior high school friends. He wrote, “The first and second photos are conversations with the same person. He was a close friend of mine when he was in middle school. After reading all the articles, he contacted me right away." 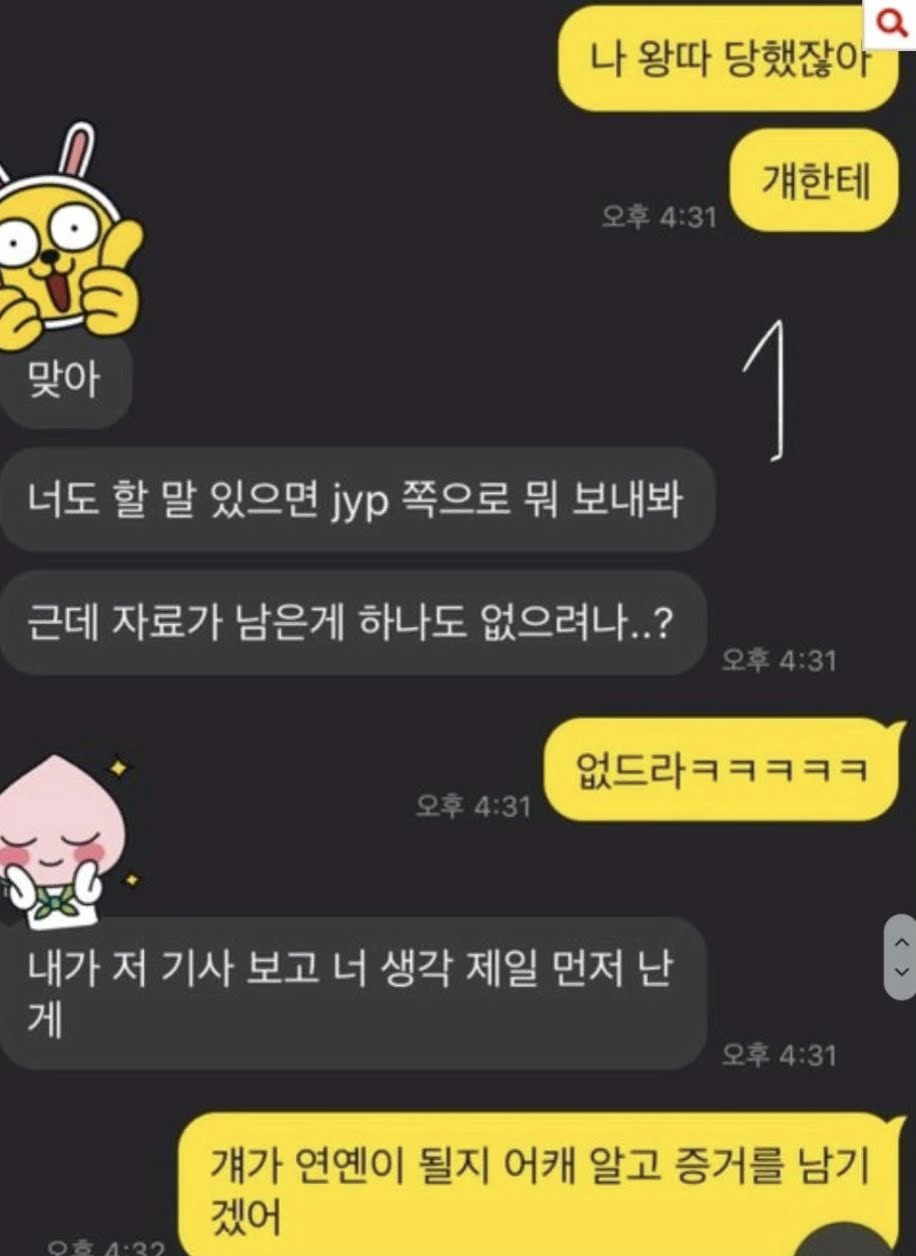 Screenshot 1:
Victim: "I am a victim of bullying"
Victim: "Because of him"
Friend 1: "You're right"
Friend 1: "If you want to say something, you have to send something to JYP"
Friend 1: "But you have no proof?"
Victim: "I have nothing hahaha"
Friend 1: "When I saw the article, I immediately thought of you"
Victim: "Why do I have to keep evidence when I don't know he will become a celebrity" 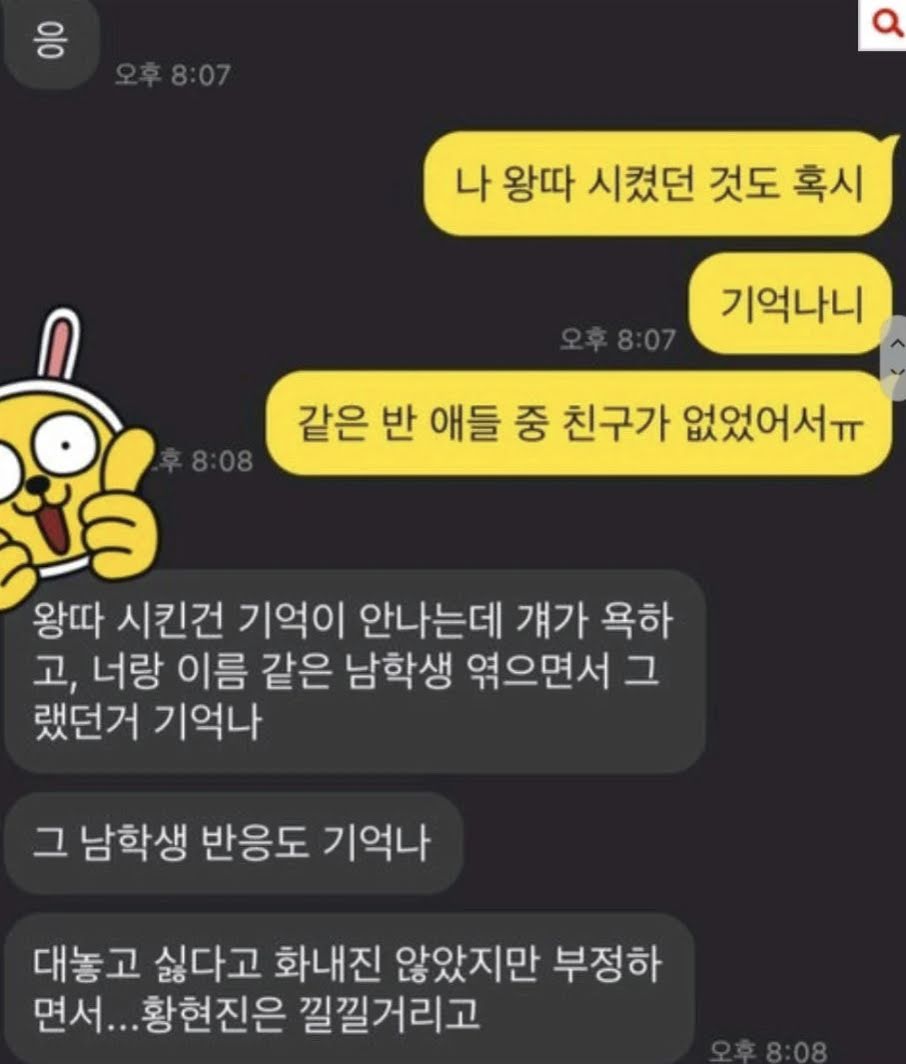 Screenshot 2:
Friend 1: "When we went to the library, you said you had to stop by your house so I waited for you in the hallway of the apartment"
Friend 1: "When you left, you told your mother that you loved her and closed the door behind you"
Victim: "Yup"
Friend 1: “I asked why you said I love you to your mother at that time. You said it was because you were having a hard time. You keep thinking about how you don't know when you're going to die so you often tell her"
Victim: “You're right. It was very difficult at that time."
Friend 1: “I don't know if it made me really sad at that time, but the memory is so vivid and I can remember it just like it used to.”

Regarding the next screenshot, the netizen wrote, “This 3rd screenshot is my conversation with a different friend. He was in the same class as me." 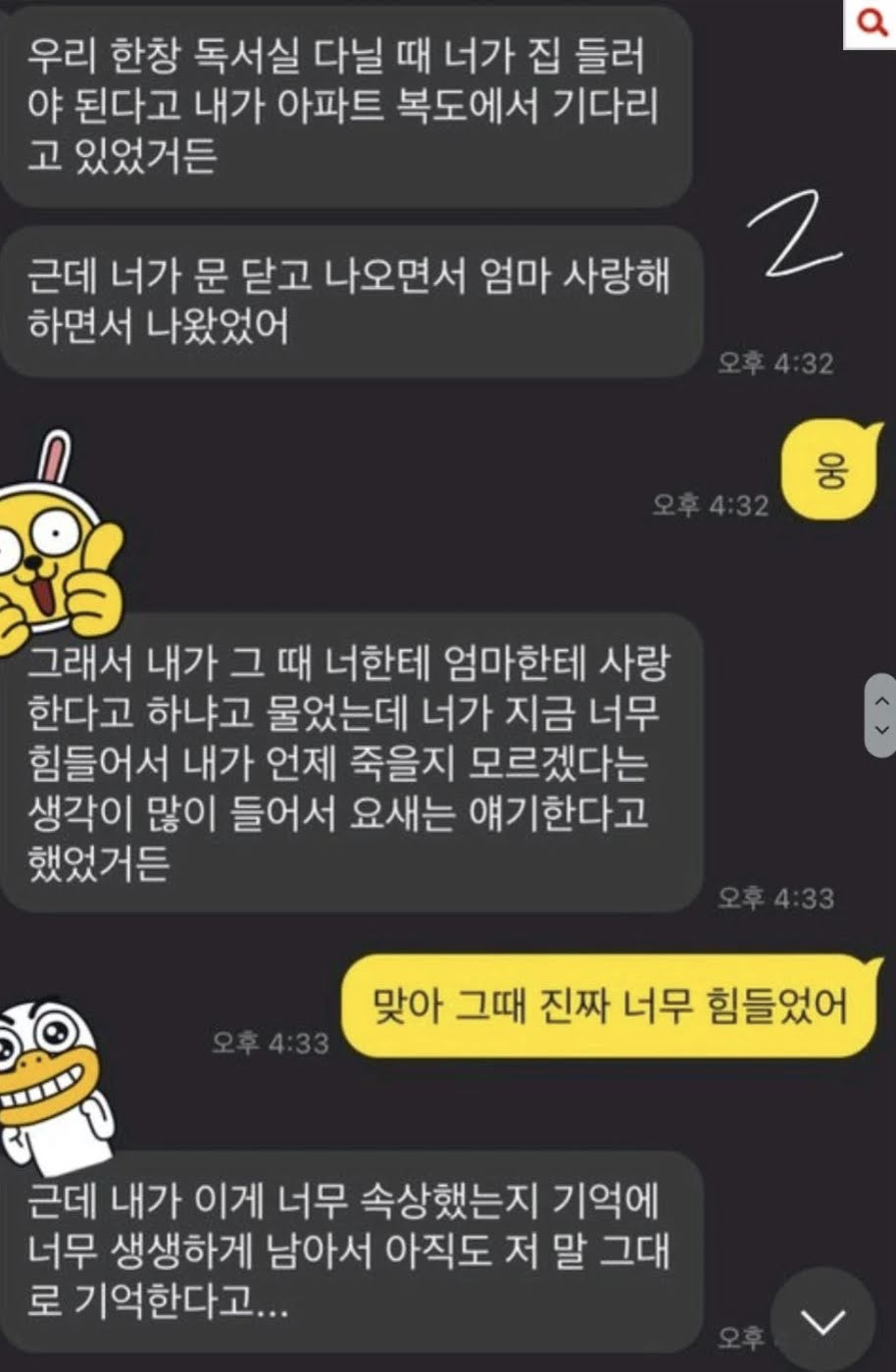 Meanwhile, JYP Entertainment still has not made an official statement regarding the latest allegations. (www.onkpop.com)