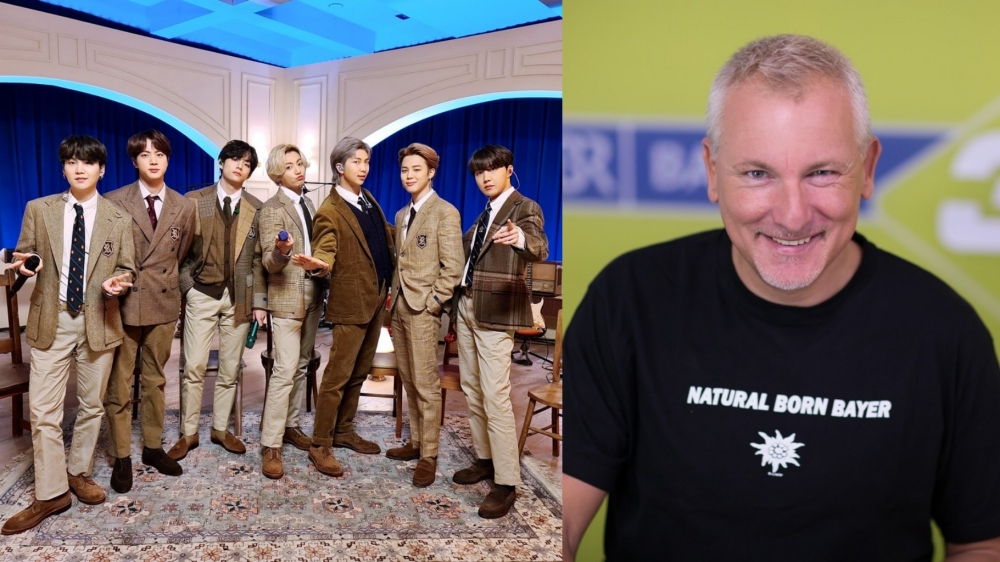 The radio DJ said BTS' performance had ruined the song. He even called BTS a "terrible virus that must be vaccinated immediately". He then mentioned that BTS would "be vacationing in North Korea for the next 20 years".

Due to an apology that was deemed insincere, the Bayern 3 radio and Matthias Matuschik received a lot of criticism from international netizens. To the extent that several well-known celebrities also spoke up and defended BTS. Some of them are MAX, Lauv and Halsey who have previously collaborated with BTS.

MAX and Lauv commented in their defense of BTS and condemned the racist actions carried out by Matthias Matuschik by writing a tweet on Twitter.

BTS is one of the hardest working and most humble groups in the industry. They deserve all the success they’ve earned. Hearing such hateful words used against them by the radio host at Bayern 3 made me sick. The hate to them and the Asian community as a whole is unacceptable

standing by my @bts_bighit brothers and everyone continuously effected by racist remarks as hurtful as what we heard on Bayern 3. no one should have to endure this and together we must stand up and stop it 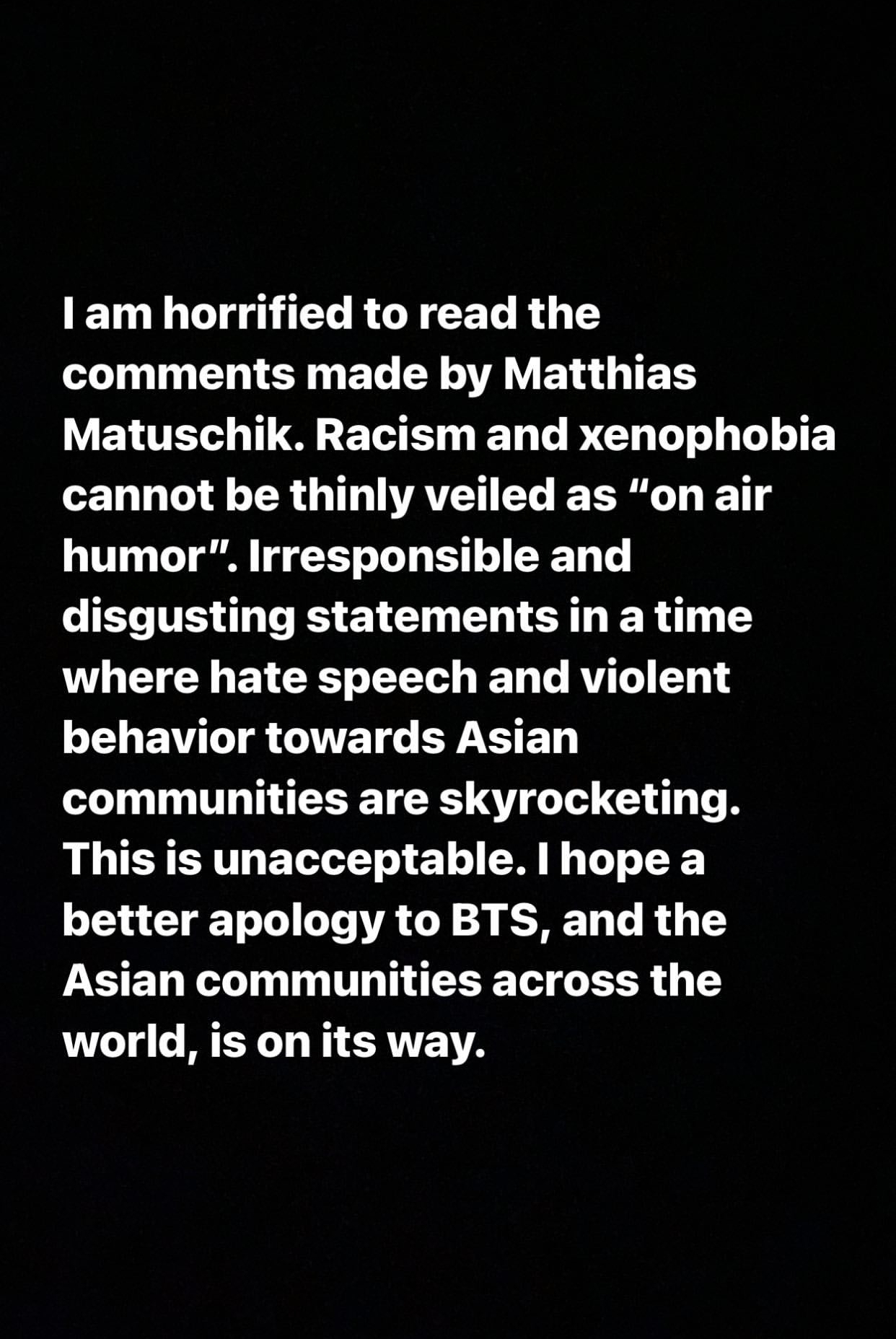 After receiving critical comments again, Bayern 3 wrote their 2nd apology. In this second apology they emphasized that Matthias Matuschik's comments towards BTS were indeed unacceptable. But they claim they need to explain their involvement in social action, as proof that Matthias Matuschik believes that everyone should be treated equally regardless of their nationality, culture, color, sexual orientation, or religion.

Bayern 3 also asked netizens to stop giving comments and blasphemies to Matthias Matuschik and his family. They also promised and made sure that a similar incident did not happen again in the future.

Apart from Bayern 3, Matthias Matuschik himself has also written his apology, "I am very saddened by the reaction generated by my comment on the live broadcast and first of all I am very sorry and I want to apologize sincerely."

“On my broadcast, I was annoyed by the fact that BTS covered Coldplay's 'Fix You', the band I really like. The nationalities of the seven BTS members shouldn't be a problem and equating them with a virus is just too much."

“I have been thinking about this for the past few hours and understand and accept that my words are racially offensive to many people, especially the Asian community. That was never my original intention, but I realized that, in the end, it was only how words were understood that mattered, not how they meant them."

“People who have known me for a long time know that, apart from my job as a radio DJ and cabaret artist, I have also been very active against right-wing activities and those who have sought refuge since the influx of refugees in 2015. It makes me even sadder because I hurt myself. other people with ill-considered statements (meant to be funny) and putting myself in the wrong spotlight. I have made a big mistake which will be my lesson. I sincerely apologize" he wrote. (www.onkpop.com)