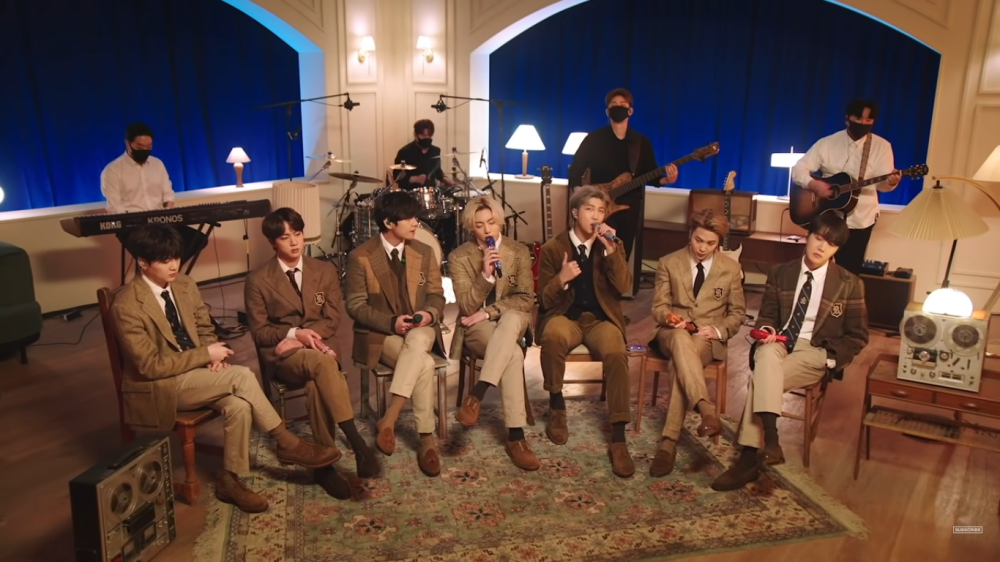 Today (24/02) BTS is a guest star in one of the prestigious music shows from the United States. Through 'MTV Unplugged', BTS will present B-side songs from their album, 'BE' with acoustic instrument accompaniment.

Not only singing while sitting, BTS also gave an appearance like a music video for a music program that has aired since 1999. 'Telepathy' and 'Blue & Gray' are some of the many songs performed by BTS.

Apart from singing their own songs, BTS also covered a song from a famous band, Cold Play with the song 'Fix You'. Through MTV's official social media, BTS' performances have been summarized and you can watch them through the following videos! (www.onkpop.com)

There's one thing I know for sure, and it's that @BTS_twt's #MTVUnplugged performance of #Telepathy will be living in my mind ALL DAY. 💜✨ #BTSonMTV pic.twitter.com/YbC39hc22L

How can I feel blue when @BTS_twt just gave us an INCREDIBLE #MTVUnplugged performance of "Blue & Grey"?? 💜👏 #BTSonMTV pic.twitter.com/GkKLlDflTz

All good things must come to an end, and so does @BTS_twt's #MTVUnplugged performance... BUT not without a few parting words from our boys first! 💜 #BTSonMTV pic.twitter.com/6IePpkcS3q