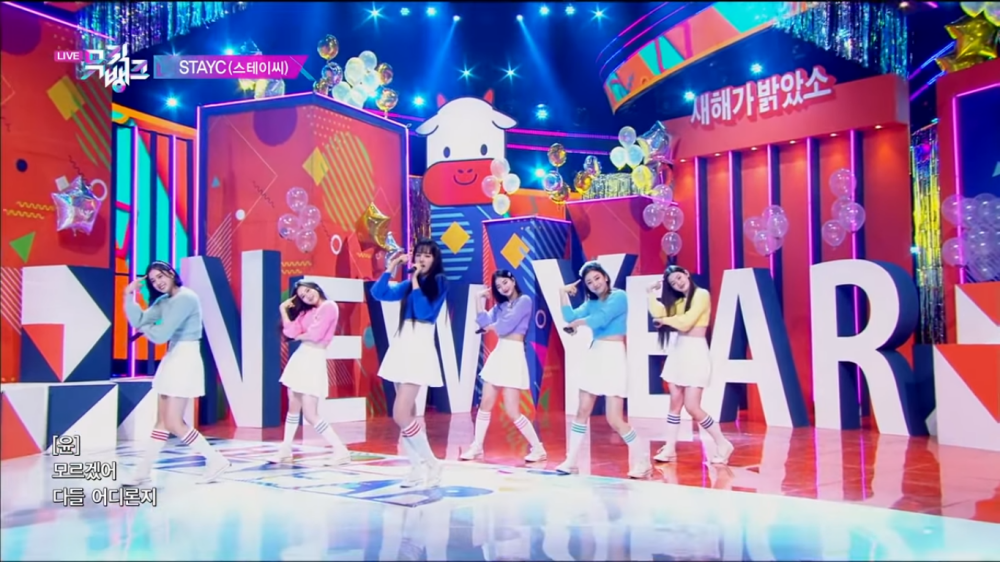 After performing the song on 'Music Bank', the STAYC members immediately received a lot of praise from Korean netizens. The praise was sent to the STAYC members because of their ability to perform the SNSD song live.

This is not the first time that STAYC members have received praise for their vocal abilities, as STAYC previously also garnered a lot of praise when performing their debut song 'SO BAD' live on a music program.

Various comments of praise from Korean netizens on theqoo site:

“Wow, they really are really good. They are also beautiful, I support them"

“They are still rookie and are really good at singing live. Do they practice often?"

“Every time I see them, I feel they are the most ideal K-Pop group. Beautiful, cheerful, working hard and very good at performing"

"They are really good, I hope they can be successful"

"This is my first time seeing STAYC, they have beautiful members and have good singing skills, from now on I will support them"

“They sing very well. They don't look nervous on stage. Usually, there are only two or three members who are good at singing in the group and the rest look nervous, but STAYC is not like that"

"Why am I crying? I'm not a fan of them, but from now on I will be their fan” and many other praising comments.

You can watch STAYC's performance on 'Music Bank' through the following video! (www.onkpop.com)