BTS Becomes The First Artist to Get The 'MAMA' Daesang Cup for Two Years in a Row - ONkpop.com - Breaking K-pop News, Videos, Photos and Celebrity Gossip 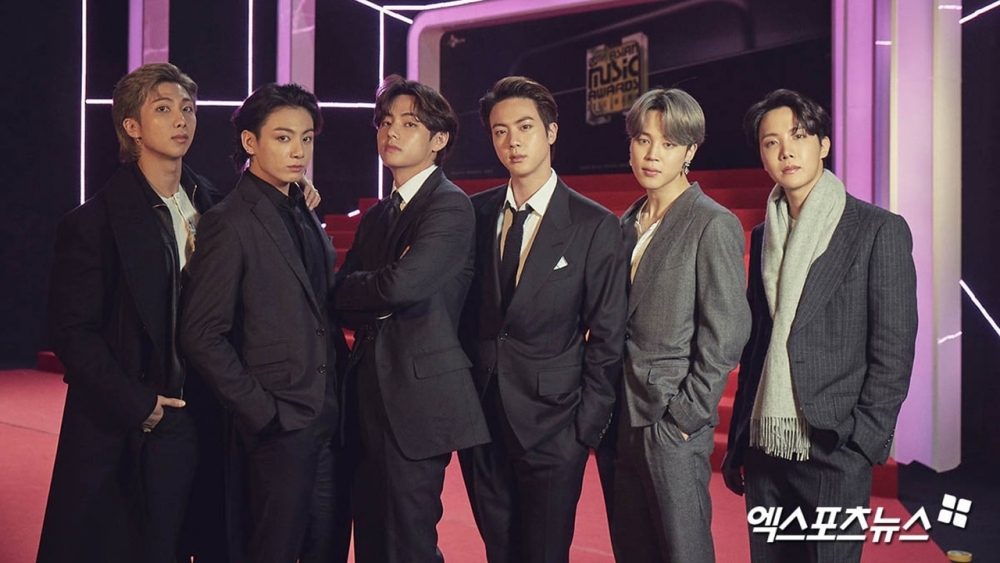 BTS is the first artist to ever get all the Daesang trophy at the “Mnet Asian Music Awards” for two consecutive years. On Sunday (12/06) yesterday, '2020 MAMA' successfully held their event by presenting various K-Pop idols and well-known celebrities in South Korea.

Hosted by Song Joong Ki as the main MC, '2020 MAMA' carries the 'untact' or no contact format in order to prevent the spread of COVID-19. BTS managed to get four Daesang trophies at once, consisting of Album of the Year, Worldwide Icon of the Year, Song of the Year and Artist of the Year.

Announced by James Corden, the album 'Map of the Soul: 7' was named Album of the Year by '2020 MAMA'. Meanwhile, 'Dynamite' was awarded as the Song of the Year, which was announced by Song Joong Ki.

Meanwhile, the other two Daesang categories, Worldwide Icon of the Year and Artist of the Year, were announced by Park Seo Joon and Lee Jung Jae, respectively.

In 2019, BTS also won the Daesang trophy at the '2019 MAMA'. Congratulations to BTS! (www.onkpop.com)
Add your comment