Home TVPrograms BTS Wins The 2nd Trophy for 'Life Goes On' on 'Inkigayo'!

BTS Wins The 2nd Trophy for 'Life Goes On' on 'Inkigayo'! 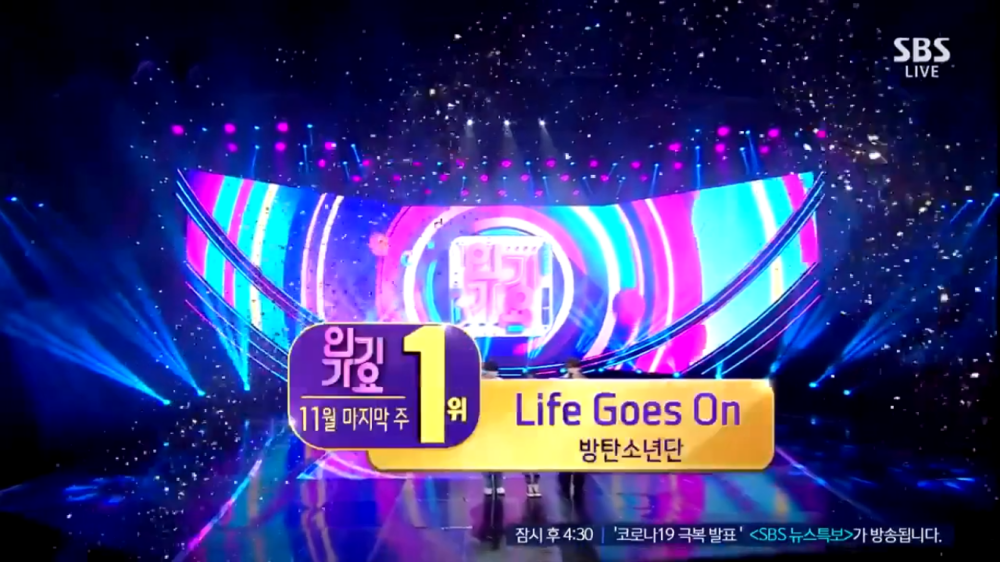 BTS got the next trophy with the song 'Life Goes On'. This trophy was obtained by BTS on the latest episode of 'Inkigayo' which aired on Sunday (11/29).

On today's episode of 'Inkigayo', BTS' 'Life Goes On' took first place after gaining a total of 6758 points. BTS managed to outperform senior singer Im Chang Jung who took second place with 5115 points for the song 'Love Should Not Be Harsh on You'.

Meanwhile, the third place went to Jang Beom June who got 5065 points for the song 'Can't Sleep'. This is the second trophy that BTS has won since making a comeback with the song 'Life Goes On' and the album 'BE'. Congratulations! (www.onkpop.com)
Add your comment