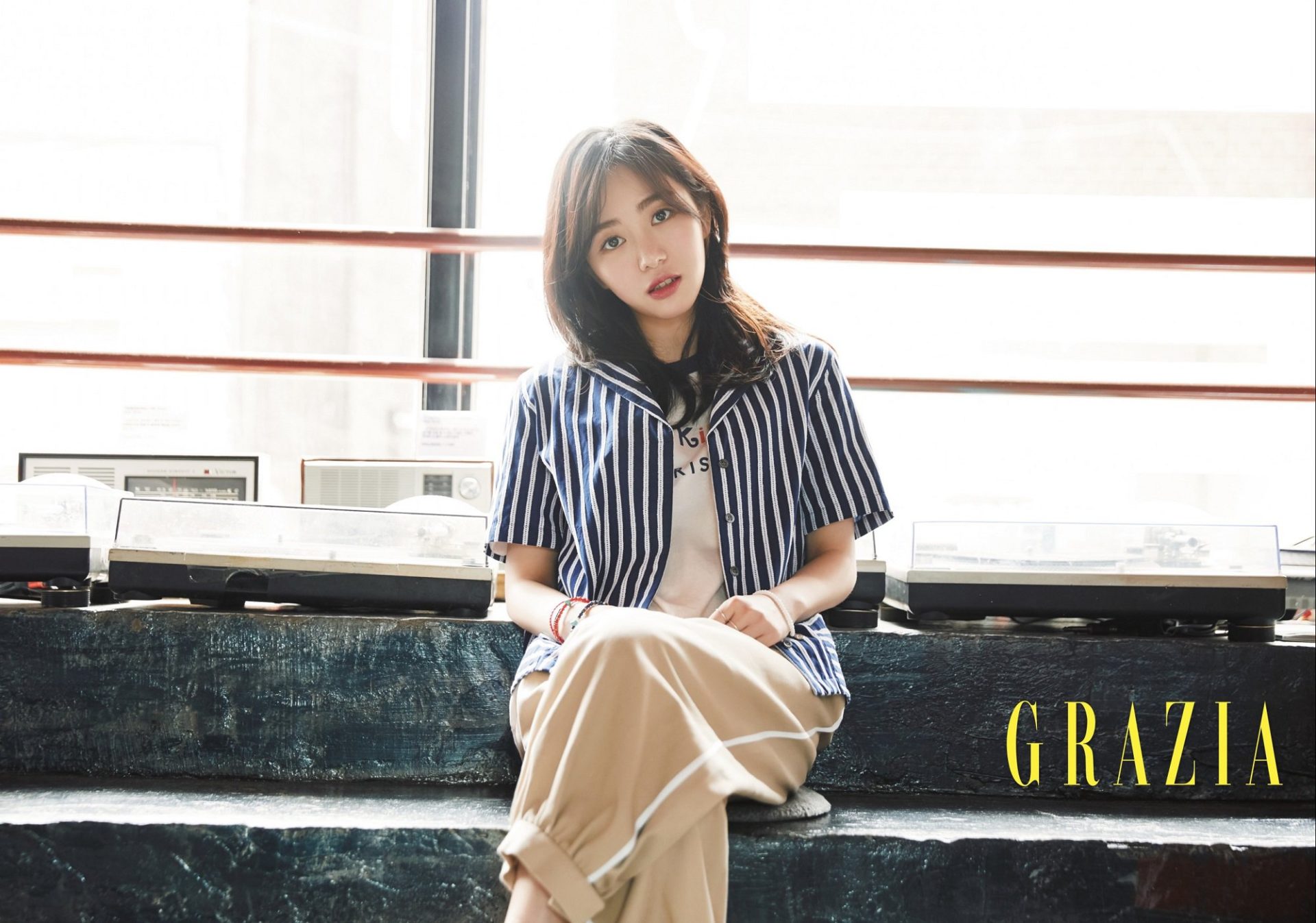 Kwon Mina, who was previously a victim of bullying of Shin Jimin, has just make fans shock with her latest post. On Thursday (08/06) this morning, Kwon Mina made a new post by uploading a wrist that had just been stitched after returning to attempt a slash, to commit a suicide.
In her post, Mina wrote her confession,

"This happened because of an incident that recently happened with an FNC official in Kakaotalk."

“If the person who came to apologize had their eyes wide open and looked for the knife, even though I couldn't remember the way they spoke, those eyes would not be forgotten, what kind of apologies can I receive there? I gave up on that."

“However, I was very shocked to see messages from FNC Entertainment officials, so I tried to kill myself again, but my manager's younger brother ran and took me to the university hospital. I hurt myself so much now that I lost all the nerves in my wrist, so they didn't give me anesthesia and they just stitched my wrist with a needle and yarn. They gave me some painkillers to deal with the pain, and the doctors had a hard time… I feel guilty about it. What do you like from me? My previous manager was still around me, acting like my guard…”

“And at the end of that unnie's statement, I don't know who made her do it, but she changed it from 'for Mina' to 'apologies to Mina'. Why did she apologize to my dog? She said she would stop her entertainment activities but it looks like she will return when things calm down. I can't see that happening. I suffered more than that for 11 years. But all over Instagram and YouTube… people are saying why are you like this? At least I didn't lie to her and she doesn't know what I've been through, I have nothing to hide."
“She posted that it was fiction, but her manager came over and told her to remove it. My manager told me to take medicine and sleep well, and the FNC said they were having a hard time because of that person. They gave me a psychiatrist and I wondered if they really cared about me, but isn't it illegal for them to talk about me to their friends and other people? I think they told my story to others. I never complained about my trainee debt, contracts, or payment problems. I'm only talking about what's being asked, but the person asking it is talking about herself. What do you want parents to say to their daughter after calling her? My parents only came for the first time and never again and unlike the others, we don't complain about it."

“I've passed out a few times due to stress, and I'm still passed out, but I'm going to try to get better and hope to live my life. I'm working hard at it, but whether it's FNC or that unnie, is it really that hard for a sincere and honest apology? I was once a person who thinks little, but is smart and positive and now I have depression, social anxiety and take sleeping pills. I used to be able to sleep 15 hours a day, and now I only sleep 1 hour."

“Are you all ok? I'm sure you care about me in your big company. If you care, you will contact me at least once. I'm afraid you guys think I'm a lunatic or a bitch. After all, you guys have missed the time of sincere apologies, so take care of your current trainees and artists as well as actors and seniors, so no one like me happens again. When someone says they don't want to renew because of someone, you have to ask first what happened, what's so hard? Don't just tell me about the next show, the next CF. The CEO said, 'You didn't pay your psychological fees, did you?' When discussing contract renewals, and you were right, so I paid for everything."
“Even now, I'm still having a hard time, but there are also many people who support me. The staff at my agency currently think of me as the first person, so I feel really encouraged. There's someone on YouTube who looks at my wrist and says 'Mina just wants attention'. If the person who said that was a 3rd party, then of course, you can say, how strange does it look to be an outsider? But I'm only saying a fraction of what has happened over the past 11 years, there are things I haven't told my friends in 11 years or even my family. Yes, I want attention, of course, I'm an attention seeker, but what do you like about me? All right, let me tell you something. If you want attention, you have to die. You can end your life by hurting yourself. You have tried many times to end it. I get annoyed at people who say I shouldn't do this, and come to save me when things are tough and I want to die. My family is scared now and is crying, what sins did my family commit until I died and was taken away, my wrists covered in blood… "

“I was really upset, angry, and I couldn't sleep. Why am I still being hurt, to whom should I confess? Who should compensate me for destroying me? I hope there won't be someone like me in the future.' (www.onkpop.com)