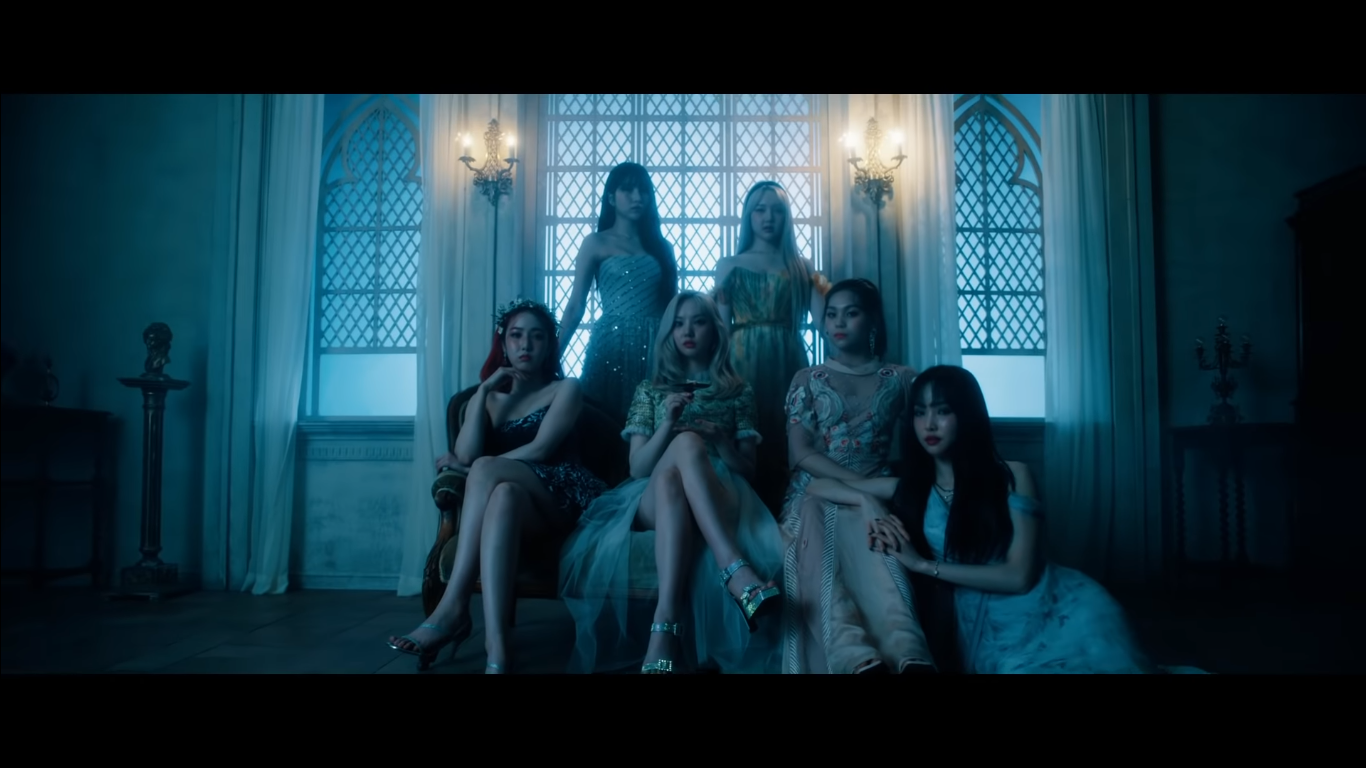 GFRIEND finally released the first teaser video from the MV for the main song of their comeback. On Friday (07/10), GFRIEND returned with a video teaser for the MV ‘Apple’ which became the main track of the latest mini album ‘回: Song of the Sirens’.

In the 30 second teaser video, we can see the elegance of the six members who wore beautiful dresses in sets like a castle. But we also get the mysterious side that is presented with a darker atmosphere and only lit by the moonlight.

The 'Apple' music video along with the mini album '回: Song of the Sirens' which will mark GFRIEND comeback is planned to be released on July 13, 2020 at 18:00 KST.

Watch the teaser video below! (www.onkpop.com)