Since being released last May, the 'D-2' mixtape by AgustD has made an achievements that are certainly proud of both the artist and his fans. One of the recent achievements of BTS' Suga has been ranked 11 on the 'Billboard 200' chart with his second mixtape 'D-2'.

On that chart various world musicians gathered with their hits albums, ranging from Drake, The Weeknd, Post Malone, Future, Billie Eilish and many others.

Besides his mixtape, AgustD also placed the title track 'Daechwita' at number 76 when it entered the 'Hot 100 Billboard' chart.

This is the highest record on the Billboard ever achieved by a South Korean solo artist. Congratulations Suga! (www.onkpop.com) 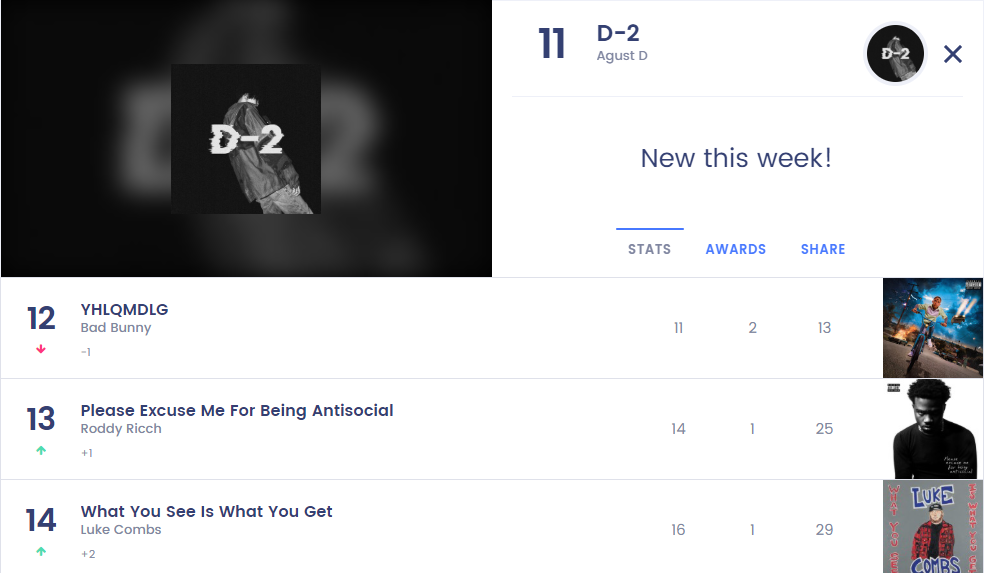