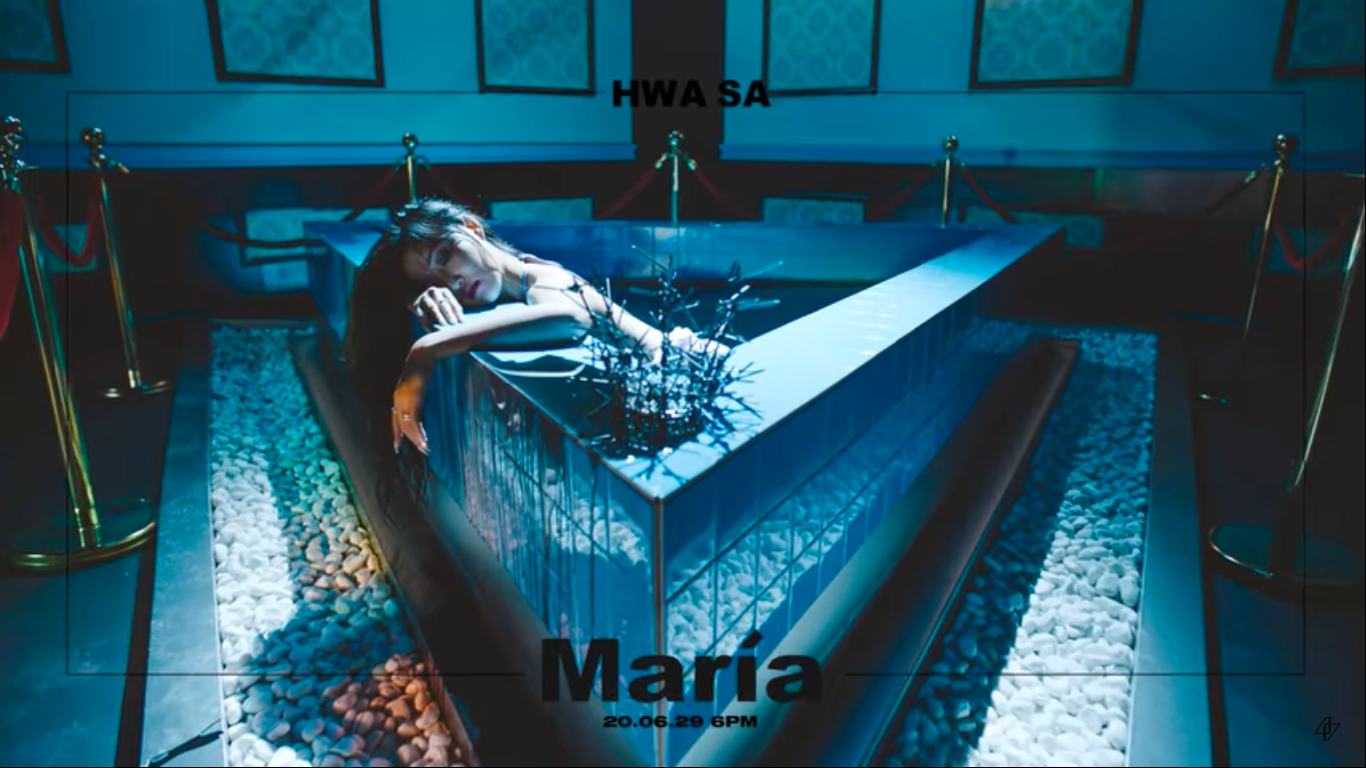 Through this 22 second teaser video, we will be presented with artistic concepts and eccentric performances from Hwasa.

It is planned that Hwasa will comeback as a soloist by releasing her 1st solo mini album and music video entitled 'María'.

The mini album and music video will be released simultaneously by Hwasa on June 29, 2020 at 18:00 KST to come.

While waiting for Hwasa's comeback as a solo singer, you can watch the first teaser for the music video of 'María' below! (www.onkpop.com)