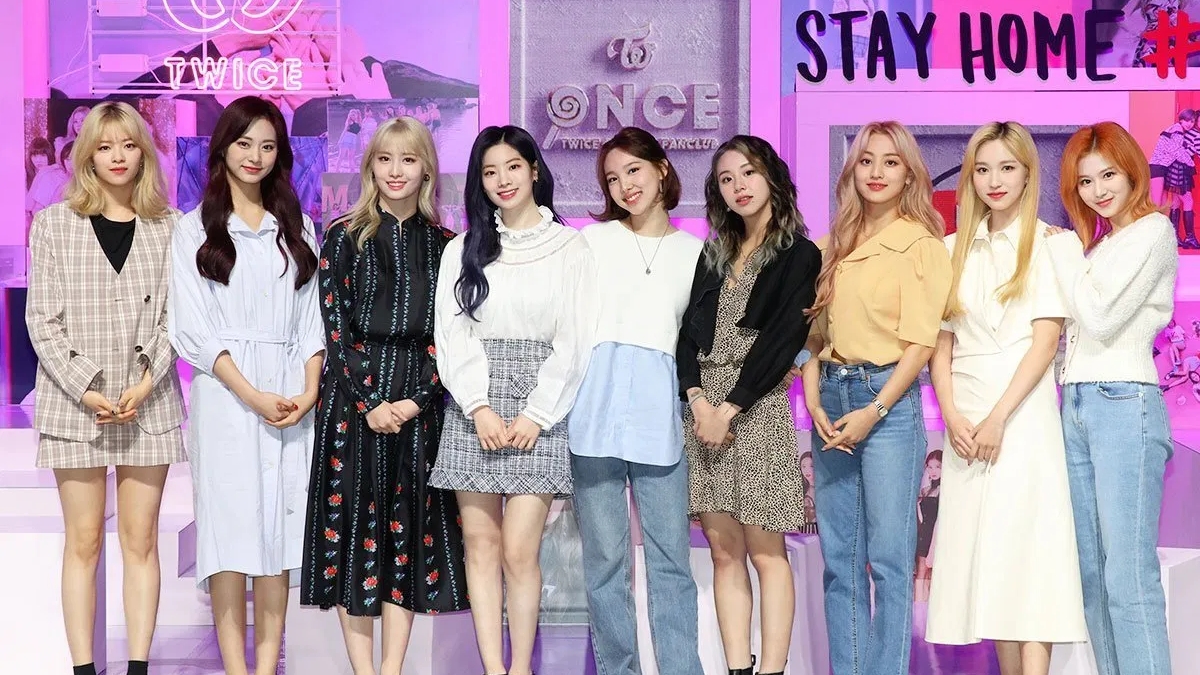 Counting the days before the comeback of TWICE with their songs, JYP Entertainment again brought new updates to the fans. On Monday (05/18), JYP released a poster of track list that will be contained in TWICE mini album which also became their 9th mini album.

In this mini album, TWICE will present seven songs included 'MORE & MORE' which are the main song of the mini album, followed by 'Oxygen', 'Firework', 'Make Me Go', 'Shadow', 'Don't Call Me Again' and 'Sweet Summer Day'.

Until now, we have only been presented with several videos and individual teaser photos that still make fans curious with what concept of the comeback MV will be carried by TWICE in the upcoming comeback.

Look forward to the release of the music video with TWICE comeback mini album on June 1st. (www.onkpop.com) 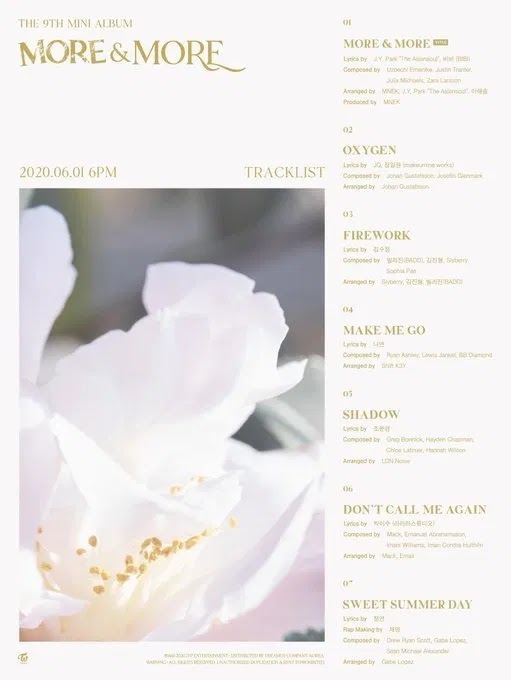