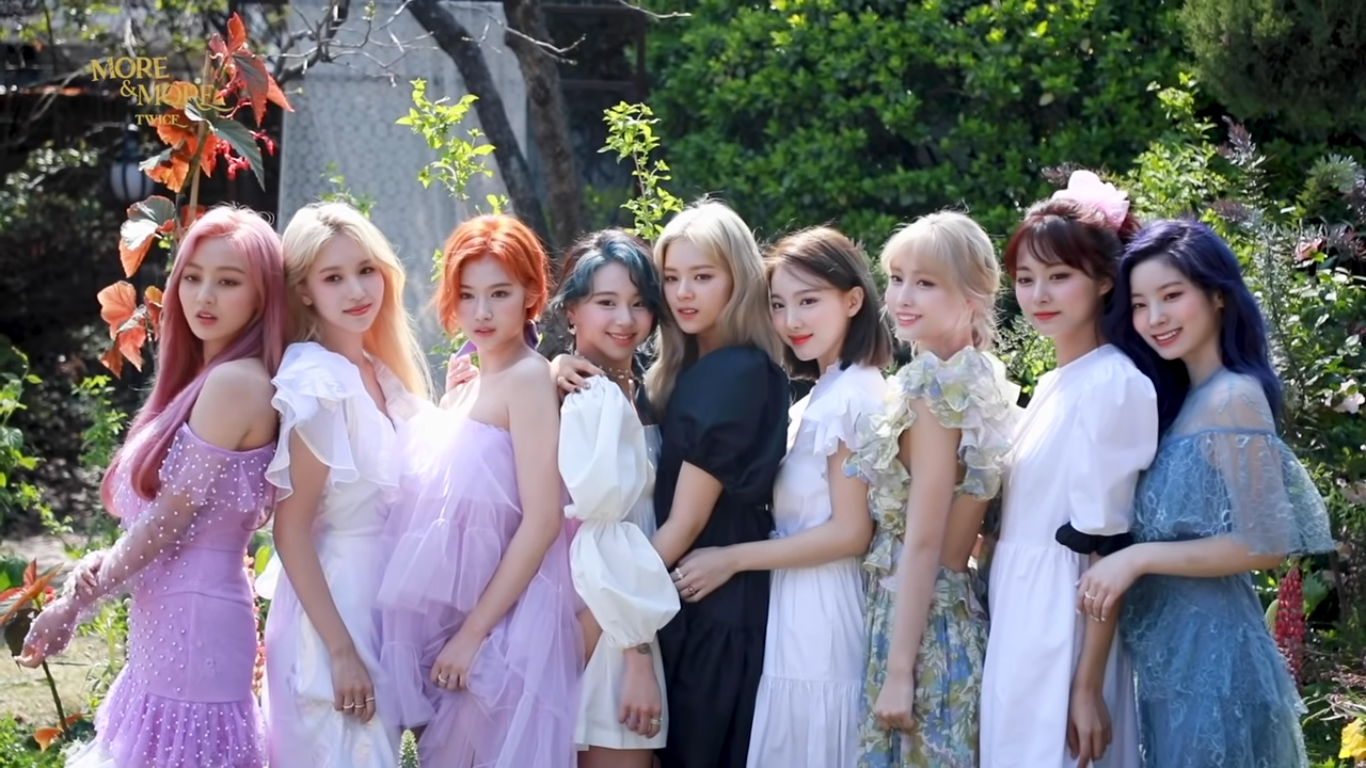 After teasing fans with some teaser photos, TWICE is now uploading a behind the scenes video. Through the video uploaded on JYP Entertainment's official YouTube channel this afternoon Saturday (05/23), we can see the appearance of all members of TWICE while taking a photo shoot at the flower garden.

In addition to showing the photoshoot process, each TWICE member also spoiled their comeback concept with the mini album 'MORE & MORE'.

'MORE & MORE' is the title of the 9th mini album which will be officially released by TWICE on June 1st, 2020.

While looking forward to their comeback soon, lets see TWICE photo shoot for the mini album 'MORE & MORE' through the following video! (www.onkpop.com)