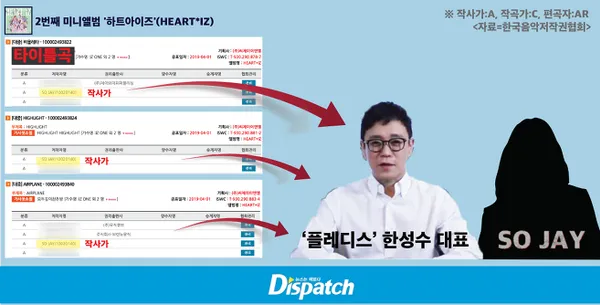 The fraud was committed by Han Sung Soo by registering his wife's name as 'So Jay' on IZ*ONE songs to benefit from song royalties.

The dispatch further revealed that Han Sung Soo's wife was a visual producer and had no competence in music & did not even participate in the song so they did not have the right to claim copyright.

Previously, Pledis was also has a similar case in 2016 ago.

What do you think? (www.onkpop.com) 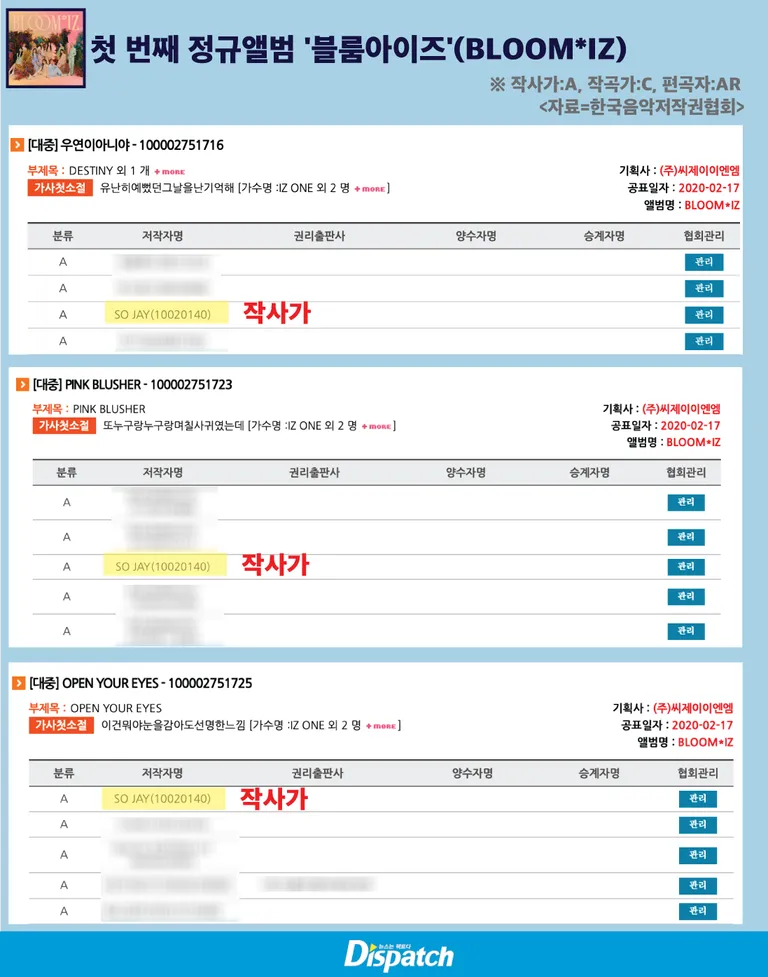