BLACKPINK's Rose Has the Fewest Schedule Since Debut, YG Again Protested by Fans 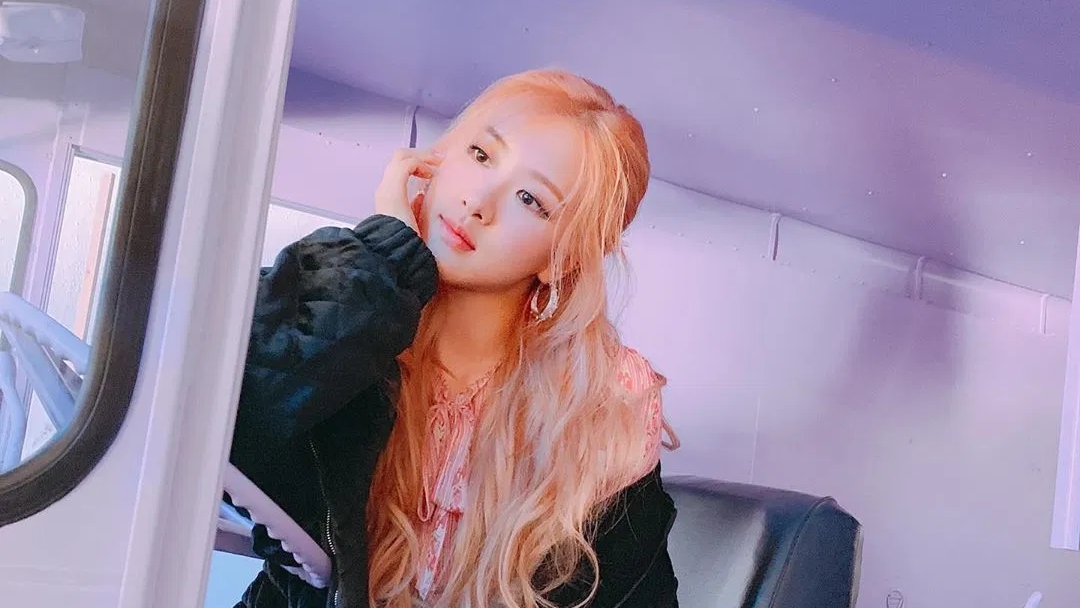 BLACKPINK's fans again gave their criticism to YG Entertainment. The criticism was posted because Rose had the least schedule compared to other BLACKPINK members.

According to Korean netizens posting on the Pann website, Rose only had 16 schedules during her career as a member of BLACKPINK since debut in 2016. Whereas Jisoo has 18 schedules, Jennie has 44 schedules including her solo promotions, and Lisa with a total of 49 schedules.

Seeing the contrast between Rose and other BLACKPINK members, fans immediately gave their criticism to YG Entertainment. Especially considering that YG Entertainment had previously promised Rose's solo debut in 2018.

Knowing that, Korean netizens gave various comments such as:

"Chaeyoung, it's better to leave YG,"

"But let's look at the whole BLACKPINK individual schedule. They all became brand ambassadors for luxury products and had more than 20 million followers on Instagram, "

"Look how beautiful Rose is,"

"I'm asking because I'm very curious, what exactly is the reason for YG to let their artists not work?" and many other similar comments.

You can view the complete schedule of BLACKPINK members from 2016 to 2020 through the following table! (www.onkpop.com) 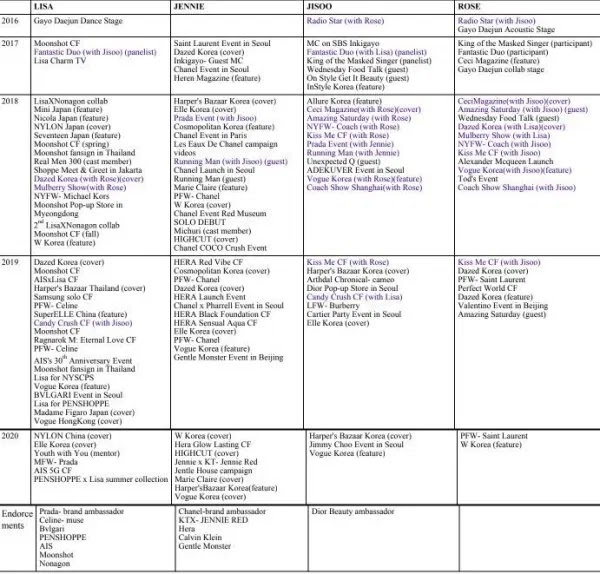