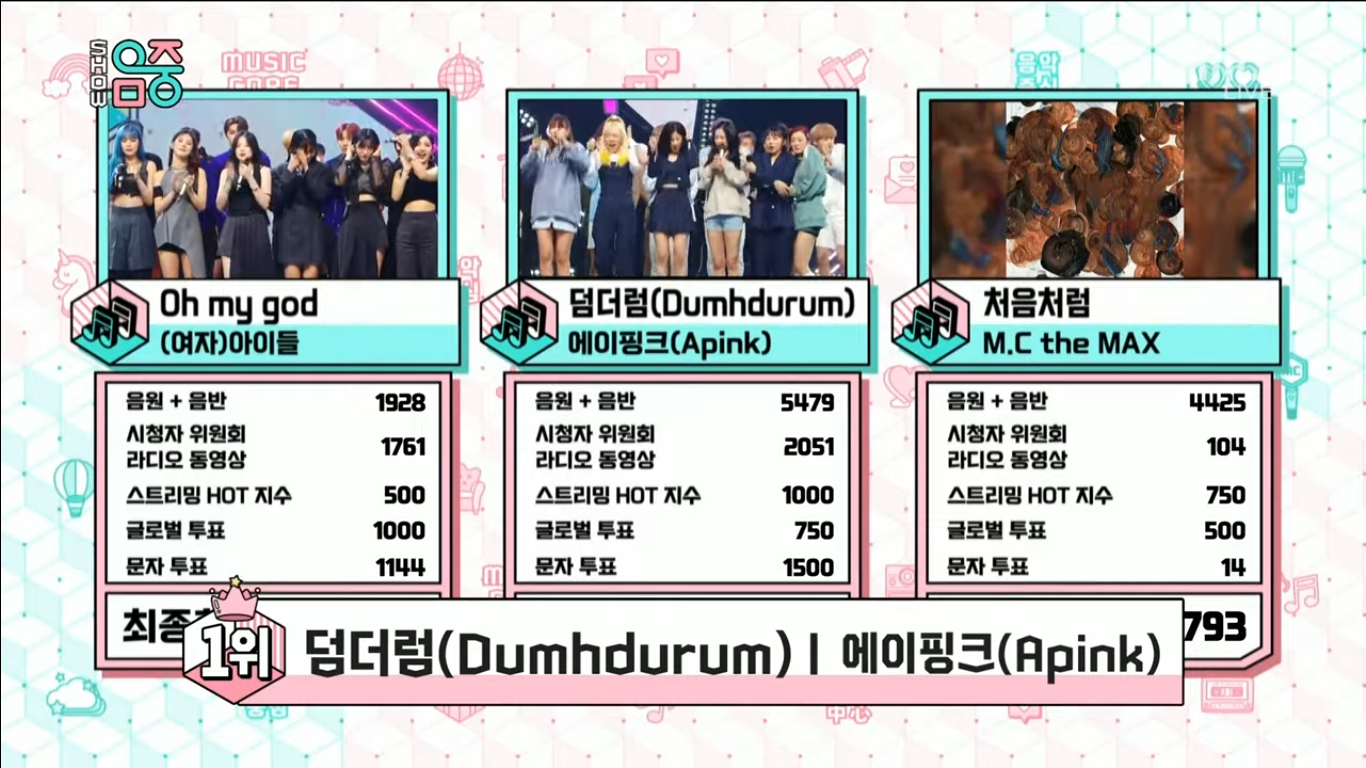 Apink unceasingly won a trophy in the music program. On Saturday (04/25) Apink won their trophy again in the latest episode of the program 'Music Core'.

In today's episode of 'Music Core', the song 'Dumhdurum' by Apink was included in the winning nomination with the song 'Oh My God' (G)I-DLE and 'The Bloom' MC The Max.

Since carrying out a comeback with the mini album 'LOOK' and the music video 'Dumhdurum', so far Apink has managed to win a total of 5 trophies from music program.