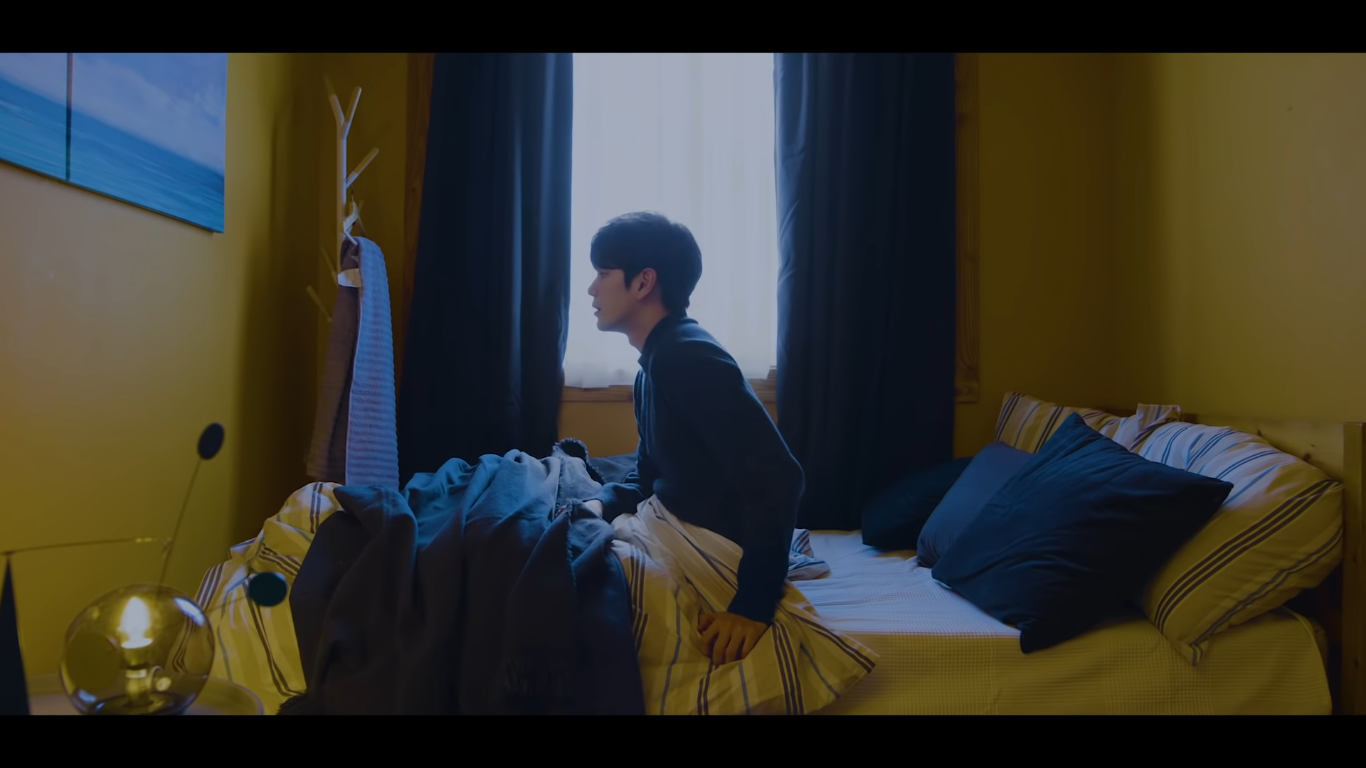 ‘GRAVITY’ is the title of the main song released by Ong Seong Wu into the first mini album ‘LAYERS’.

The song written and produced by Ong Seong Wu carries the genre of pop music with acoustic guitar accompaniment and electronic music that sounds very catchy to hear.

Through this music video we will be presented with a mysterious appearance from Ong Seong Wu, with a storyline that will leave the audience confused.