Jihyo Looks Sad on The Red Carpet and Absent When TWICE Receives an Award at The 2019 MAMA - ONkpop.com - Breaking K-pop News, Videos, Photos and Celebrity Gossip 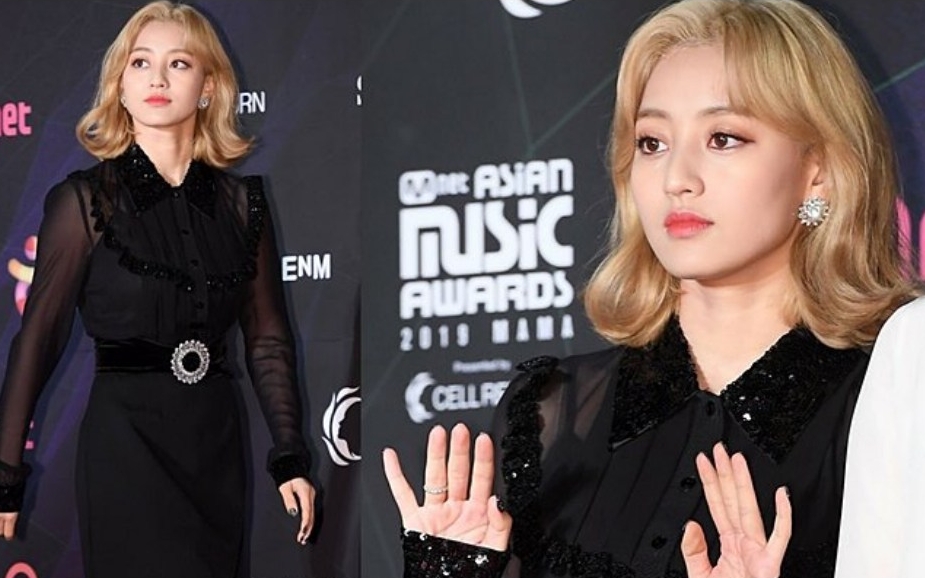 This year's Mnet Asian Music Awards (MAMA) will still be held in Japan even though relations between Japan and Korea are still a little heated up. The prestigious music awards event was held at Nagoya Dome today, Wednesday (4/12).


As in previous years, 2019 MAMA was opened by their carpet session where the stars present posed for media portraits. TWICE appeared sweet and successfully amazed everyone.

Among all the members, Jihyo drew the most attention because she looked sad during the red carpet session. Fans claim that the eyes of the 1997-born idol showed sadness. Many voiced their concerns on social media.

"I know I overreacted but my heart really broke when I saw Jihyo was a little sad and I could see in her eyes that she was not fine. I knew something was wrong when I saw her smile, it was not Jihyo's usual smile. I wish she's fine," chirped fans.

"Is it only me or Jihyo's eyes do look swollen? By the way, happy to see Chaeyoung joining them. Hopefully she is fully recovered now. It's okay if Mina Myoui isn't there. I'm sure she watched them somewhere," added the fan other.

Fans increasingly worried because they did not see Jihyo with others when receiving awards. They began to wonder whether this had something to do with Kang Daniel but didn't want to speculate too much.

"Jihyo was not on stage with TWICE during their speech. I don't know where she is going or whether she is preparing for the stage action but don't worry too much or assume anything for now," the fans said. "Does this have something to do with Kang Daniel?" said another.

Previously, Kang Daniel worried fans with a series of posts at Fafe where he revealed the difficult times he was facing. He announced a temporary hiatus to focus on undergoing therapy for depression and panic disorder. (www.onkpop.com)
Add your comment