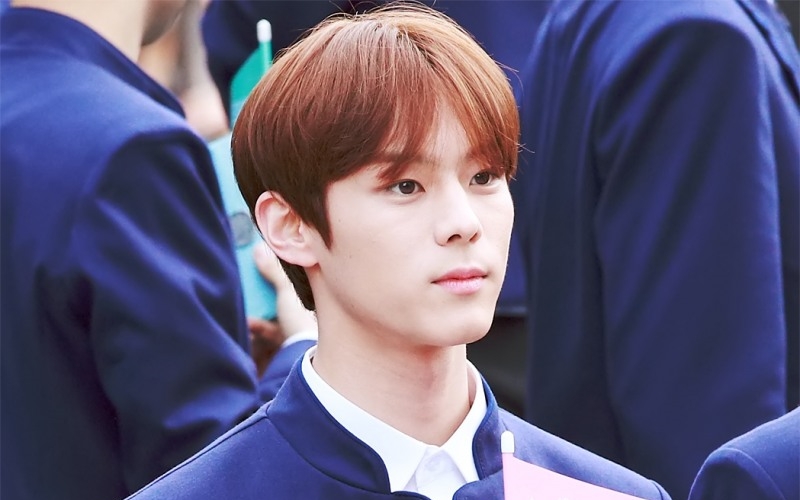 Yoon Seobin is known as a former JYP Entertainment trainee who also participated in the Mnet survival program "Produce X101". But unfortunately, in the middle of the event, Seobin announced his departure from the program and also left JYP Entertainment.

But even so, the handsome guy born in 1999 did not miss greeting his fans. Recently through his personal Instagram account, Seobin announced that he would soon be holding a solo fan meeting.

In the announcement, it is known that the fanmeeting will be scheduled on Sunday December 15, 2019. In the upload, Seobin did not forget to thank the fans for continuing to support him until he could hold his own fanmeeting.

"Thank you for always appreciating and supporting me. I am grateful for achieving my dreams and for having a valuable place to hold this fanmeeting. I hope I have a small but meaningful day with you guys," the sound of the upload ended with a heart emoji.

In response, fans immediately supported the trainees and were confused because it seemed to be announced by "appearing out of nowhere". Yoon Seobin himself is a JYP trainee who competed in 'Produce X101'. However, allegations of bullying and underage smoking began to emerge while he was on the show.

The rumors about bullying turned out wrong, but the suspicion of underage smoking up to now is suspected to be true. Due to the extreme controversy around him, Seobin dropped out of the program and left JYP Entertainment.


Since then he has kept his image and has been diligently greeting his fans by posting photos on his personal SNS regularly. However, now it seems like fans have something more to look forward to this December that is fanmeeting. (www.onkpop.com)