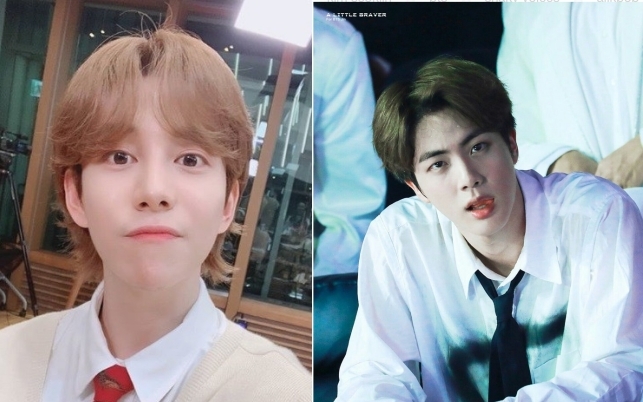 Block B's Park Kyung recently praises BTS' Jin speech at the 2019 MAMA. The praise was delivered by him to BTS, after Jin speech about chart manipulation (sajaegi) when welcoming the Daesang award trophy at 'MAMA 2019'.

As when welcoming the Song of the Year trophy, Jin said, "We hope musicians can release honest music."

While playing the BTS song 'Make It Right', Park Kyung said, "We listened to BTS collaboration song with Lauv. I saw yesterday that BTS won many award trophies. They also give cool speeches."

Park Kyung was previously sued by many musicians in South Korea, after blatantly mentioning the names of the musicians he considered have manipulated music chart (sajaegi). (www.onkpop.com)
Add your comment
Subscribe to: Post Comments (Atom)