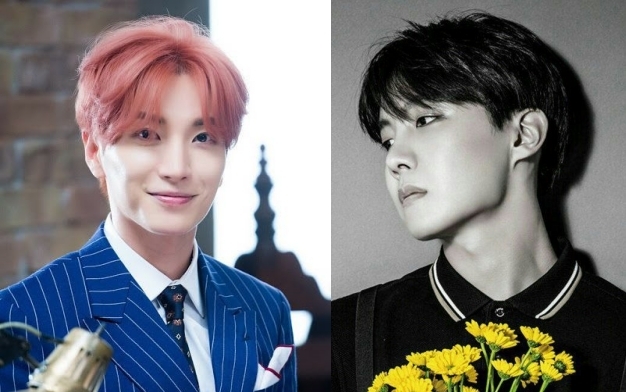 Leeteuk has openly mentioned that he is close to J-Hope's parents who live in the same area as him. The Super Junior member often even stopped by Jhope parent's home just to have a chat.

Interestingly not long ago, Leeteuk made a post on Instagram showing off the special winter gifts he received from J-Hope's parents. The gift meant by Leeteuk is none other than kimchi.

"J-Hope's family makes kimchi, because it's winter now. J-Hope's mother shares some with me. I will really enjoy this. We often meet lately," Leeteuk writes.

"She said I could share photos with everyone. So I thought I'd make a post to share how grateful I was. A big hug of thanks for J-Hope's mother who made the season cheerful with some neighbour love!" concluded Leeteuk.

The closeness of Leeteuk and J-Hope's parents began when they met at the sauna. "When I went to the sauna, old people recognized me. Once, a man approached in the sauna near my apartment and said, 'You are Leeteuk right? My son is also a celebrity. I am J-Hope's father. Hobbies love Super Junior, please continue to promote with a friendly and reliable so that my son can work hard too'," said Leeteuk when he was a guest star at "Ask Us Anything".

"The next day several people came to say hello, so I asked who they were, they said J-Hope's mother and aunt. I was not exaggerating! I became more friendly with J-Hope's parents. They even told me to come visit them. J-Hope's mother said he would cook me. But I don't have J-Hope's number," concluded Leeteuk. (www.onkpop.com)