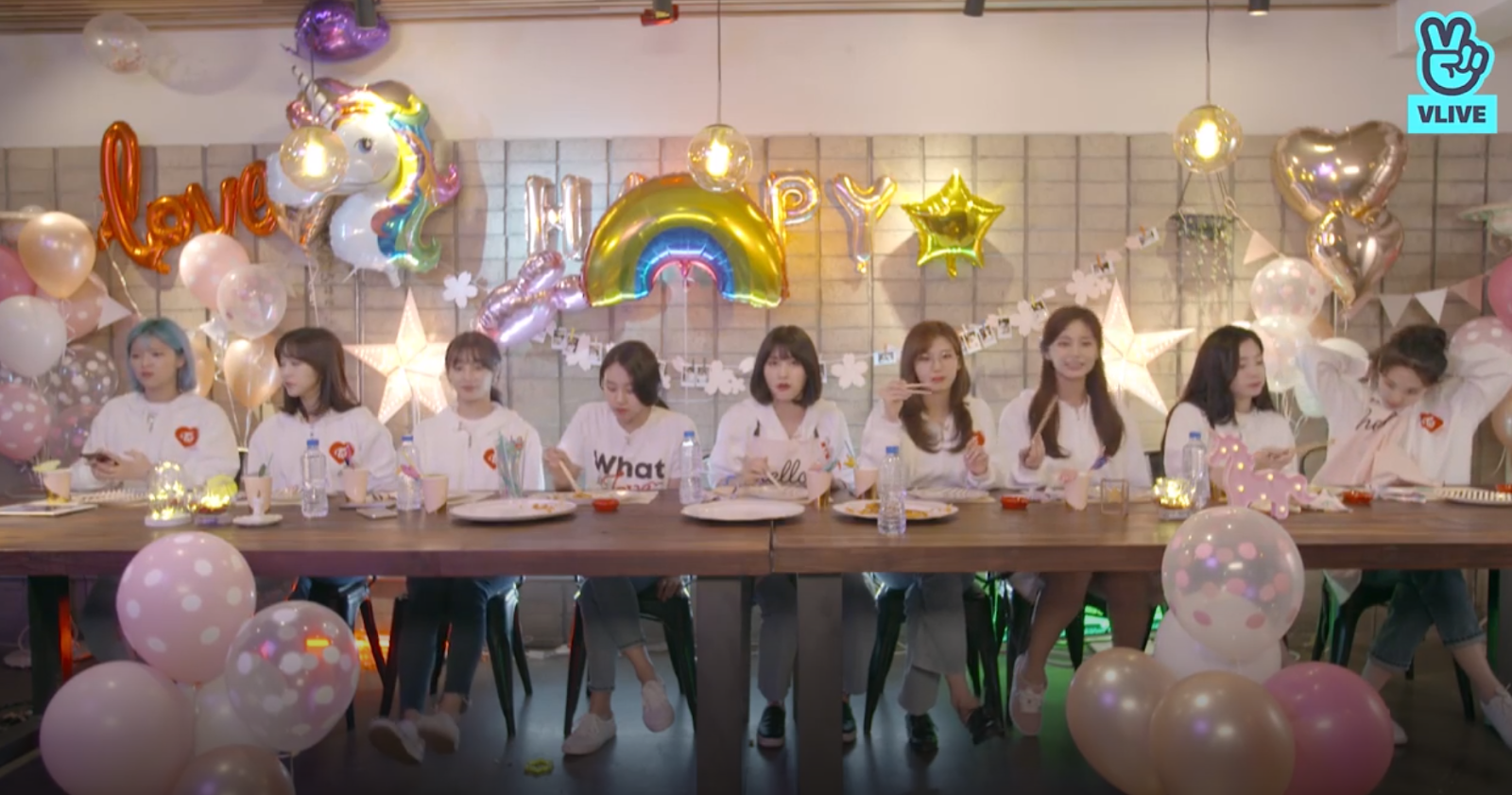 TWICE's Momo celebrated her birthday on November 9 with fans through V Live broadcasts. Nayeon and Tzuyu surprised her with a cake and joined in to chat with fans.

The three members of Twice talked about various things including their YouTube documentary which will be released early next year, a group dinner to celebrate Momo's birthday and their first impressions of each other. Momo also showed some of their pre-debut dance videos.

Among the topics discussed, what caught the attention of the viewers was when they were open about the reasons they refrained from broadcasting V Live in the dorm. They even tried to avoid talking about their home as much as possible.

Nayeon shared that they were surprised when fans, including from abroad, waited outside the dormitory building when they mentioned passing during a live broadcast that they were on their way home.

Tzuyu said that there were times when they wanted to be aired and broadcast comfortably in the dorm like they used to, but now they had to hold back.

"There is a reason why we are careful when talking about dorm. I hope ONCE can understand this. At that time many people recognized our dorm and many people came to find it. They might be curious or have good intentions but," said Nayeon . "Passers-by will say, 'This is the Twice dorm'," Momo said.

"We also saw strangers waiting in the dorm. If we did V Live on the way home, there would be a lot of people waiting for us in the dorm. So we have to be careful talking about our dorm. You can understand, right?" continued Nayeon. "We are also cautious and sorry for neighbors who can be affected because of us. Everyone, please protect Twice dorm."

Some fans speculate that it can be the way of TWICE members to solve a matter about Nayeon's stalker. As fans known, there are foreign fans who claim to have special feelings and seriously want to see Nayeon.

Fans who were too excited to post a vlog about how he trailed Nayeon and tried to find out her whereabouts. The latest update is that he still hasn't stopped and plans to return to Korea soon to continue his search for Nayeon.

Korean media outlets know the news, even French web portals have it. Fans continue send information to JYP Entertainment about German fans and it may have been forwarded to TWICE and their managers. (www.onkpop.com)