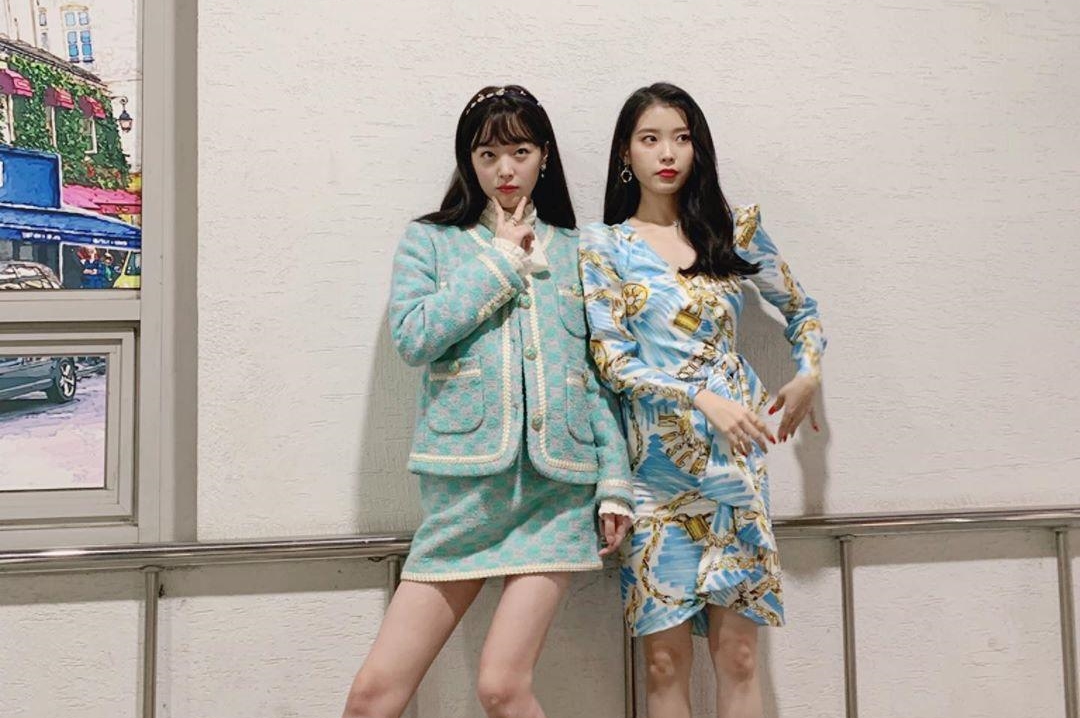 On the sidelines of the concert encore, IU took the time to comment on Sulli who died on October 14th. She called Sulli "a friend who she could no longer see."

"There is a friend whom I recently couldn't see anymore. I was worried that I would be really sad on the stage. When I was preparing for this stage, I thought that I didn't want to cry. It's been a month since I couldn't see her," said IU.

"I don't want her to see that I suffer because of her, so I do my best to be strong. I feel better because I think I'm showing a good performance. She can't come to my concerts outside of Seoul but she always comes to my concerts in Seoul and stay until the encore stage is finished," IU continued.

After the second encore "Love Poem", IU commented, "I usually ask for a response about my song and she always asks why everything works in a certain way. I write 'Love Poem' to encourage people who have difficulty. I always sing with all my heart, but this time, I do it even more."
IU did not specifically mention Sulli's name but fans were sure that she was referring to Sulli. This made fans cry.

Meanwhile, Sulli was found dead in her residence in the Seongnam area. The police stated that Sulli died of suicide due to suffering from severe depression allegedly the main cause was the hateful comments she received during her lifetime. According to the police, there were no signs of murder.

As closest friend, IU was in a funeral home to attend the funeral from the beginning and stay until the end. She stood right next to Sulli's memorial board and talked about her friend to the many visitors who accompanied Sulli's departure. (www.onkpop.com)
Add your comment