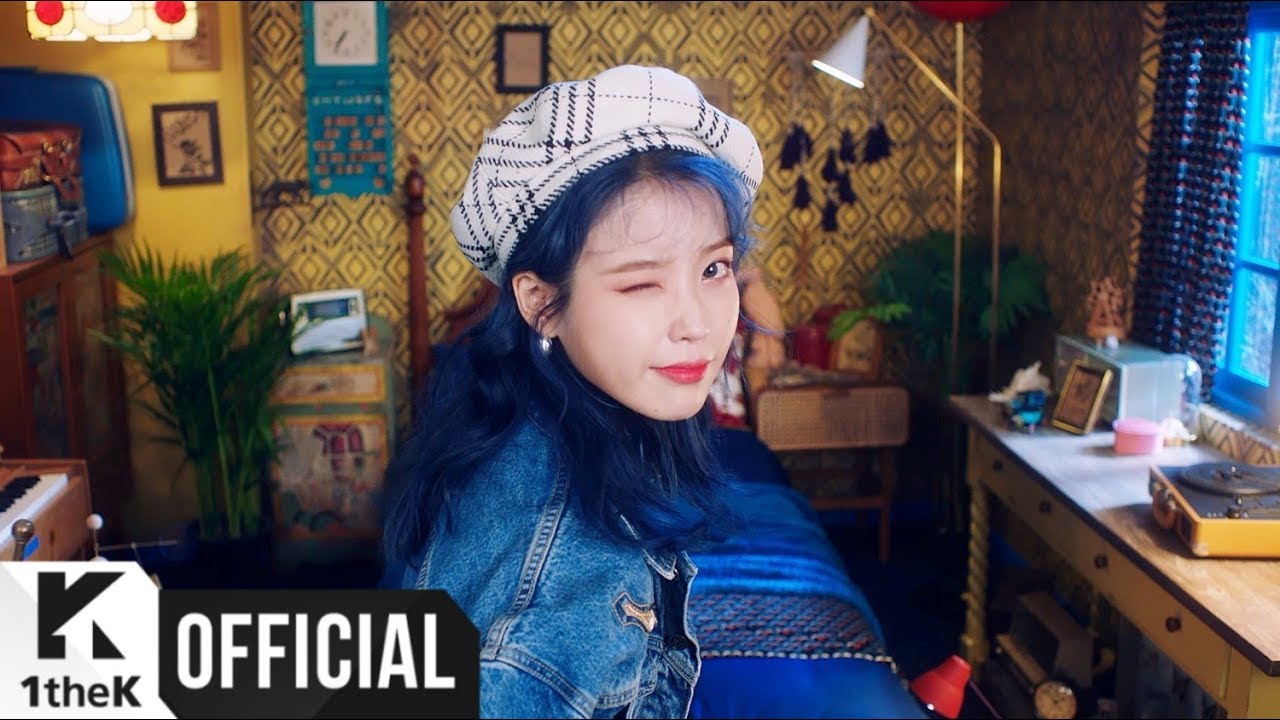 IU successfully wiped out the South Korean music chart with her new song, 'Blueming'. 'Blueming' is the title song of the latest mini album 'Love Poem' which was released by IU on Monday (11/18) at 18:00 KST.

Only a matter of hours after it was released, the song 'Blueming' immediately ranked first in the realtime chart on MelOn, Bugs, Genie, Soribada, and FLO sites.

Not only 'Blueming', all the songs on the mini album 'Love Poem' are also included in the top 10 on all South Korean music charts. 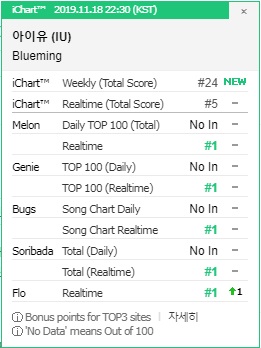