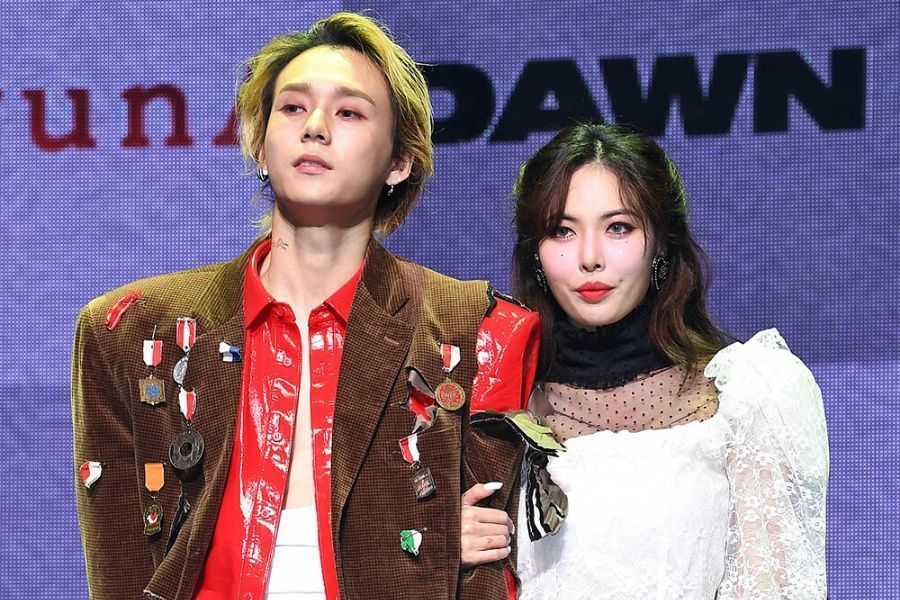 Since leaving Cube Entertainment, HyunA and her boyfriend, DAWN ) now under PSY's agency P-Nation. Together with the agency, HyunA will continue her career as a solo singer.

Nearly 2 years of not releasing any song, HyunA fans were finally got a happy news. Under her new agency, P-Nation, HyunA and DAWN officially made a comeback as solo singers on the same day on Tuesday (5/11) yesterday.

HyunA looked cheerful in the MV "Flower Shower" while DAWN performed the artistic MV "Money". Not only debuted on the same day, HyunA and DAWN also even held a debut showcase together. In the showcase, they both brought their solo songs live for the first time.

HyunA and DAWN's solo debut surprisingly received positive responses from many people. Reporting from Naver, many netizens claimed their like the concept and song that this couple brought.

Not only that, many netizens are happy to see HyunA and DAWN happier than before. The following is the support from netizens in Naver:

"HyunA is happy. Enough. Your happiness is the most important thing."

"I hope all celebrities have an uncontrolled love relationship like this. HyunA and DAWN are together so well. I hope they can continue like this for the rest of their lives."

"The more you see, the better they look together."

"I hope you guys don't care about other people's eyes and are happy. It's not strange how happy they are."

"They look happy together. Let's get married!"

"How many things do you two give up to keep this love? You look proud and happy. I hope you both have fun things in the future."

HyunA and DAWN themselves also shared their thoughts about the possibility of promotion as a duo. According to them, for now it will be difficult to join as a duo because their types of music are different from each other.

"Our music styles are different. Each of us respects and thinks that there are many things to learn from the type of music and things that other people like and that even gives us motivation. However, I think we will never be able to work together," said HyunA.