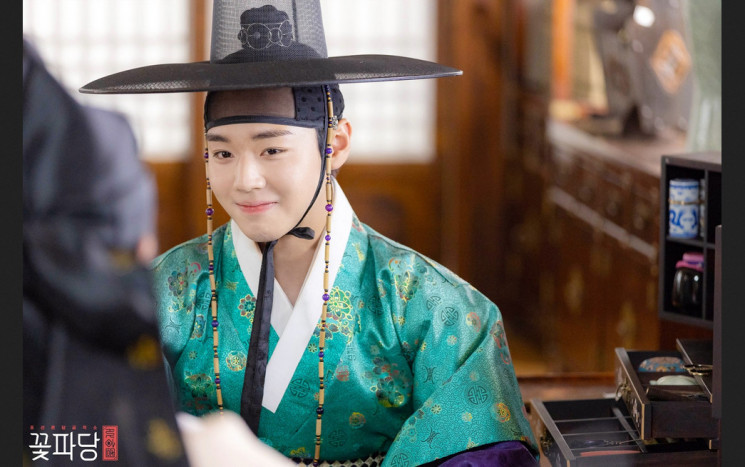 The final episode "Flower Crew: Joseon Marriage Agency" itself was immediately flooded with comments from South Korean netizens. Many praised Park Jihoon's all-out acting despite only acting as a supporting cast.

"Park Jihoon in 'Flower Crew' as Go Young Soo and Chilmon really performed well, so I can concentrate. You are very good at acting as two characters. I support you in the activities of actors and singers."

"I was really fascinated by Park Jihoon's acting skills. In the past, Go Young Soo had almost no dialogue and many viewers were overly enthusiastic even though he only showed physical expression and action. I look forward to Park Jihoon's acting in other characters. I relied on you growing up as good actor."

"This is an extraordinary performance for the first acting challenge. Park Jihoon, please show better acting in your next drama."

"'Flower Crew' Go Young Soo. Your acting is really good and Park Jihoon is really amazing. I look forward to all your next projects!"