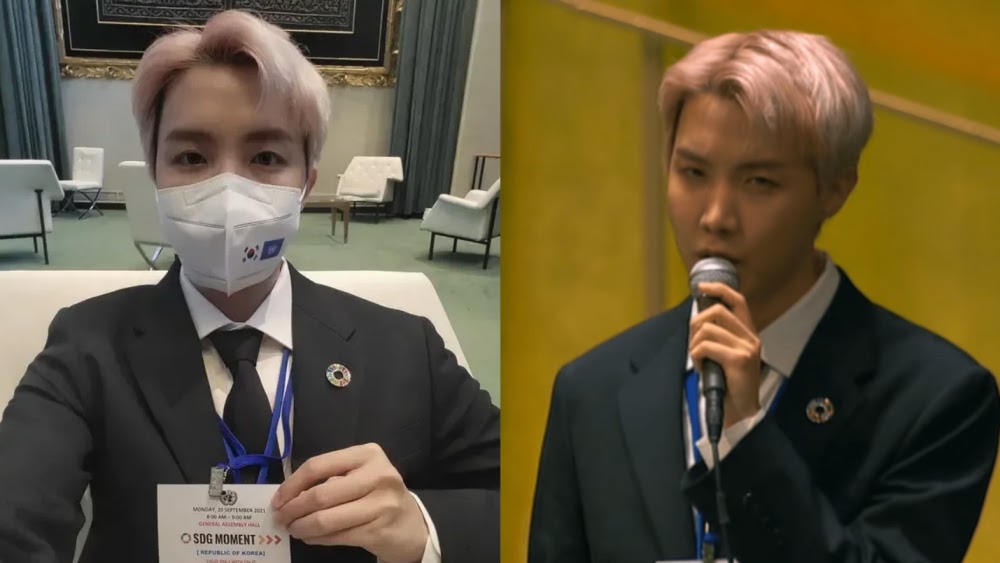 BTS, the boy group that represented South Korea at the opening ceremony of the '76th UN General Assembly - SDG Moment' on September 20th, 2021, left many positive things through its presence.

Through this activity, J-Hope also conveyed his message that had a positive impact on all BTS fans, ARMY.

“The most important thing is our choices when we face change, right? Some of you must have heard of us coming to the United Nations and many of you wondering if we have been vaccinated… and yes, the seven of us, of course, have received the COVID-19 vaccine,” said the rapper whose real name is Kim Ho Seok, who has confirmed by WHO after this BTS member's speech.

J-Hope's message received a response from UNICEF who expressed their gratitude to BTS for having voiced their voice for vaccines.

Meanwhile, fans, ARMYs around the world are also following in the footsteps of their idols by raising the hashtag #GetVacinated on Twitter. (www.onkpop.com)

Today at #UNGA76 @BTS_twt told the world they were all #vaccinated while making a case of the importance for youth to make choices when faced with change.