THE BOYZ Takes Home The 3rd Win With 'Thrill Ride' on 'M!Countdown' 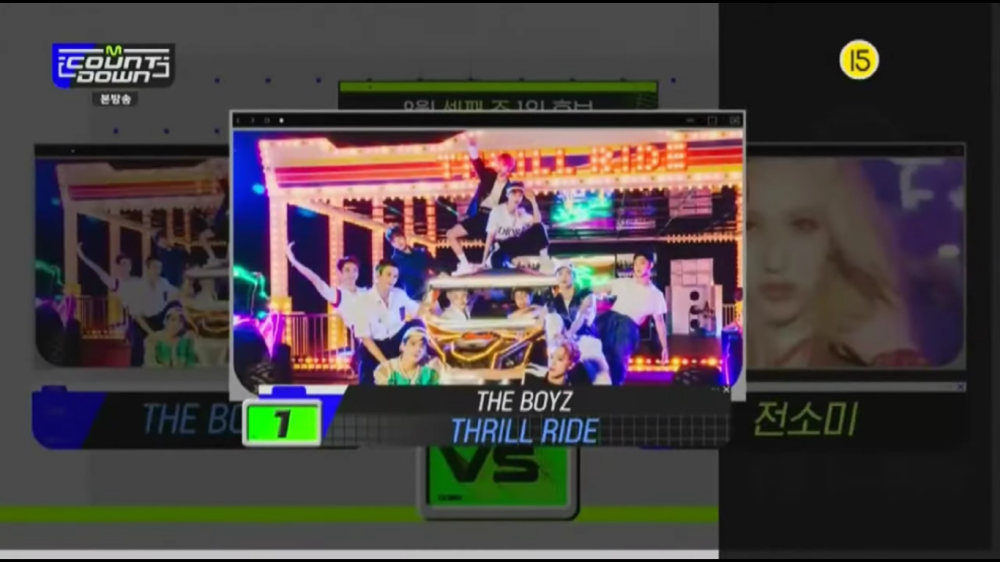 THE BOYZ has managed to master 3 music shows through their newest song which was released on August 9th, 2021. Through Mnet's music show, 'M! Countdown' which aired today, August 19th, 2021, THE BOYZ managed to win the trophy again.

THE BOYZ, with their comeback song, 'Thrill Ride' managed to beat Jeon Somi who also just made a comeback with the song 'DUMB DUMB'.

With their victory in this 'M! Countdown', THE BOYZ has managed to bring home the third victory trophy for 'Thrill Ride'. Congratulations to THE BOYZ and the fans on the win! (www.onkpop.com)
Add your comment
Subscribe to: Post Comments (Atom)