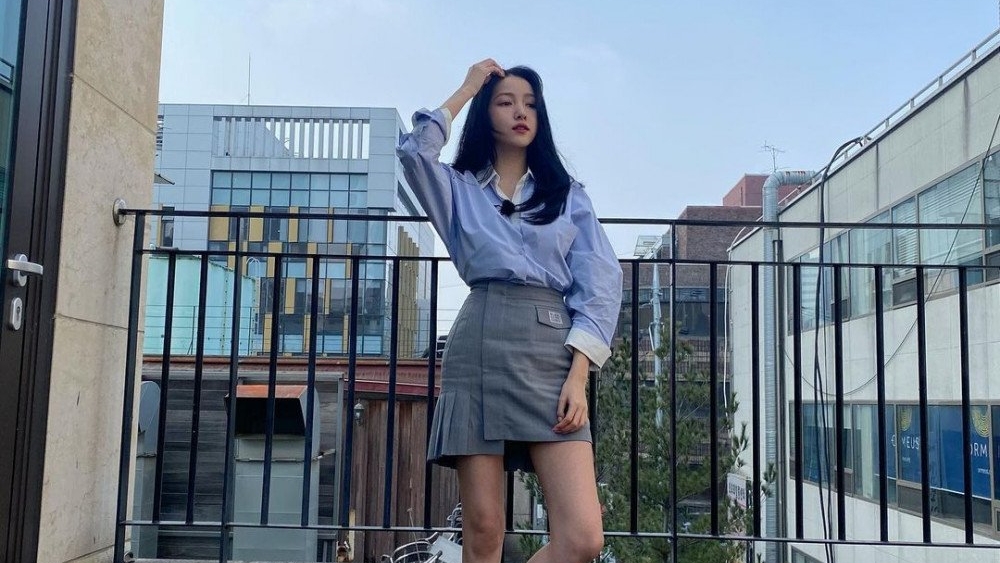 The leader of GFRIEND, Sowon, finally returned to greet fans for the first time after her upload on Instagram which some time ago caused controversy.

On February 16th, the owner of the real name Kim So Jeong uploaded a series of new photos to her personal Instagram account, showing the current state of herself who still looks beautiful and charming.

In the uploaded photo, Sowon is posing with an alluring gaze on the rooftop wearing a blue shirt and gray skirt.

On February 1st, Sowon caused controversy because of the photo she uploaded, where she posed with a statue in the uniform of the Nazi army troops. After finding out about the problem, Sowon quickly deleted the photo, but apparently no less fast than some netizens who managed to get screenshots and share them on various online forums and social media.

Despite deleting the photo, Source Music's agency has also expressed an official apology to the public.

Two weeks later, Sowon began to gain confidence to return to her social media. Not a few fans also give support to idols. (www.onkpop.com)