SHINee's Taemin Wins The 1st Trophy for 'IDEA' on 'Inkigayo' 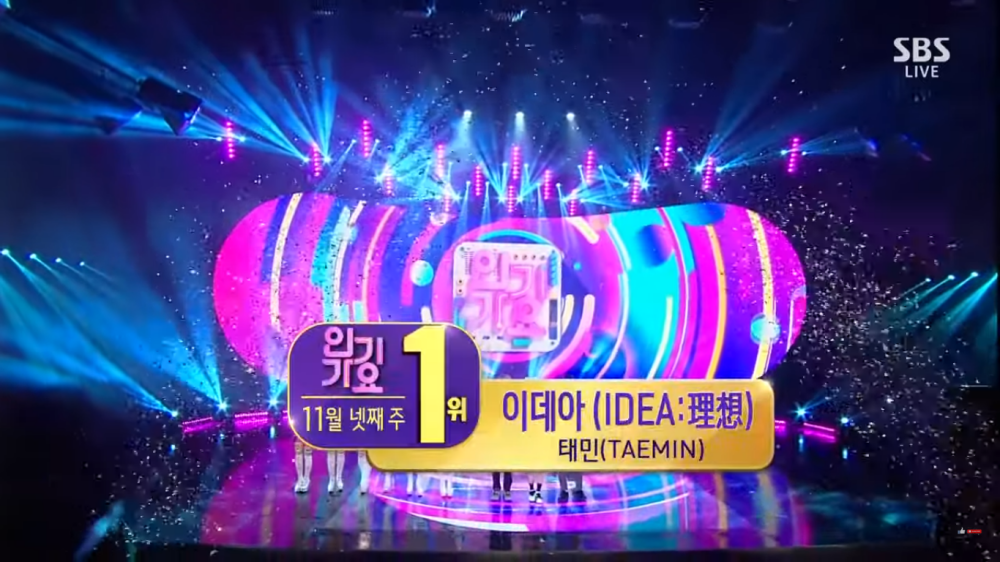 SHINee's Taemin managed to get the first trophy for his new solo song 'IDEA'. Even though he was not present on the episode of 'Inkigayo' on Sunday (11/22), Taemin still managed to win the trophy for 'IDEA' on the music program.

The song 'IDEA' managed to excel after gaining a total score of 5911 points on this week's episode of 'Inkigayo'. Taemin's solo song beat TWICE's 'I CAN'T STOP ME' song which came in 2nd with 5776 points and GFRIEND's 'MAGO' song which came in 3rd with a total of 5256 points.

This is the first trophy that Taemin has won since making a comeback with his solo album 'Never Gonna Dance Again: Act 2'. Congratulations to Taemin! (www.onkpop.com)
Add your comment