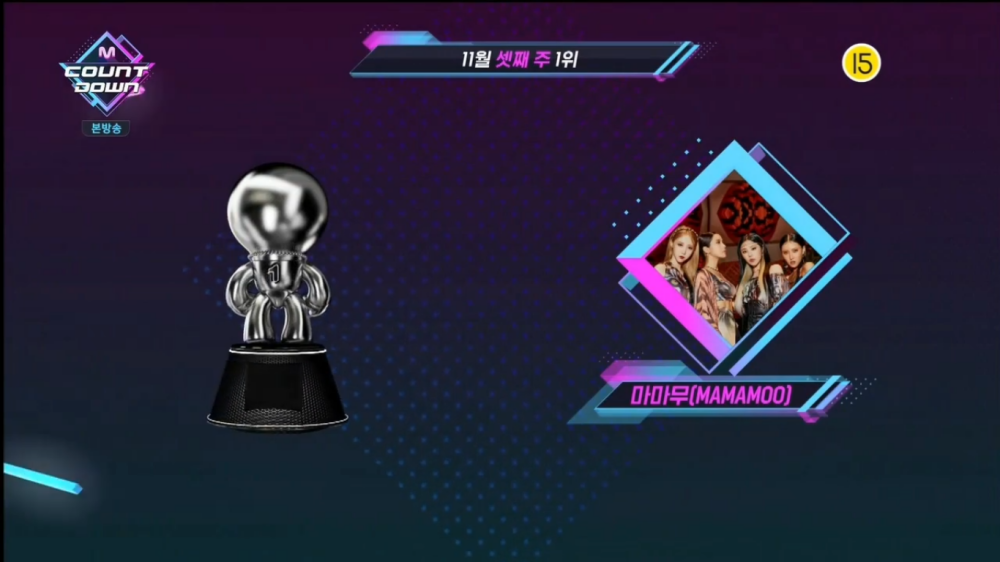 MAMAMOO finally managed to bring home their first trophy with their new single 'Aya'. This trophy is known to be brought home by MAMAMOO from 'M! Countdown' which was broadcast today (11/19). 'Aya' itself is the main song for MAMAMOO's comeback this time with their latest album, 'Travel'.

This episode is also 'M! Countdown' featured several performances by other idols for the '2020 MAMA Nominee Special' from the show following the appearance which was announced last week.

Congratulations to MAMAMOO on their first win with single 'Aya'! (www.onkpop.com)
Add your comment