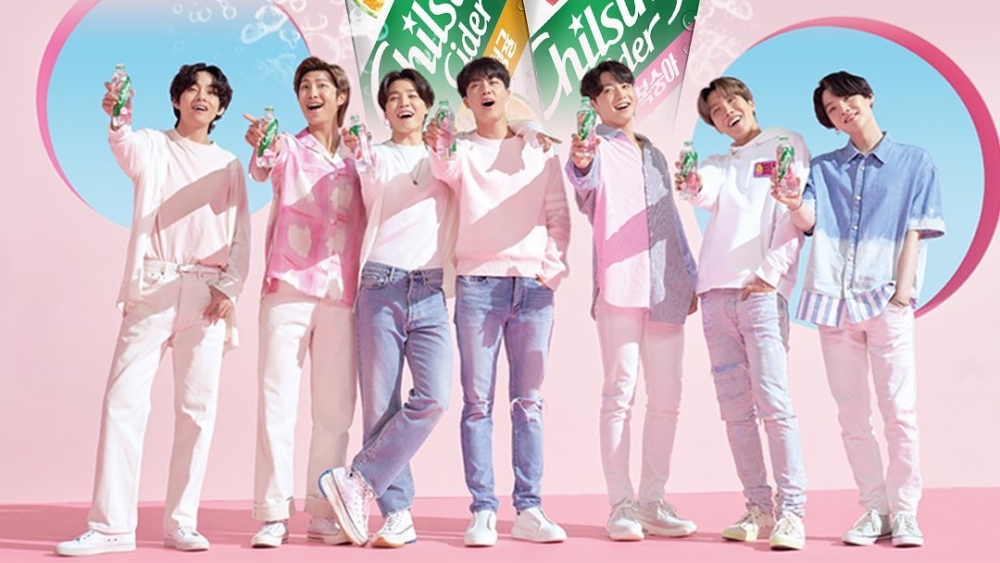 BTS and 'Chilsung Cider' are known to have worked together to celebrate their special day by releasing some limited edition items.

But despite the coincidence, they decided to work together and will launch limited edition merchandise which will be released on November 18th.

This limited edition item features a retro purple 'Chilsung Cider' bottle and case, classy and retro bottle opener, a calendar that counts down the days to Christmas, and much more. For fans who are curious about how these items look, you can check them out below. (www.onkpop.com) 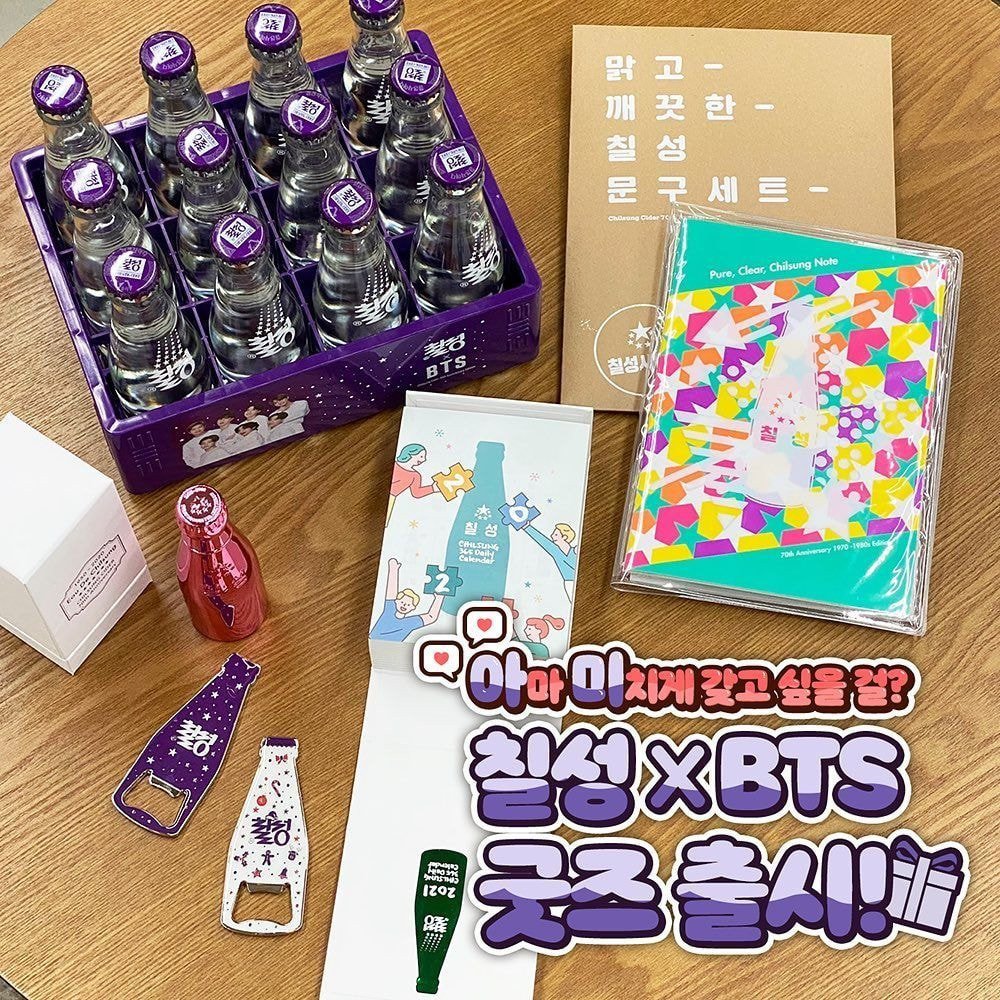