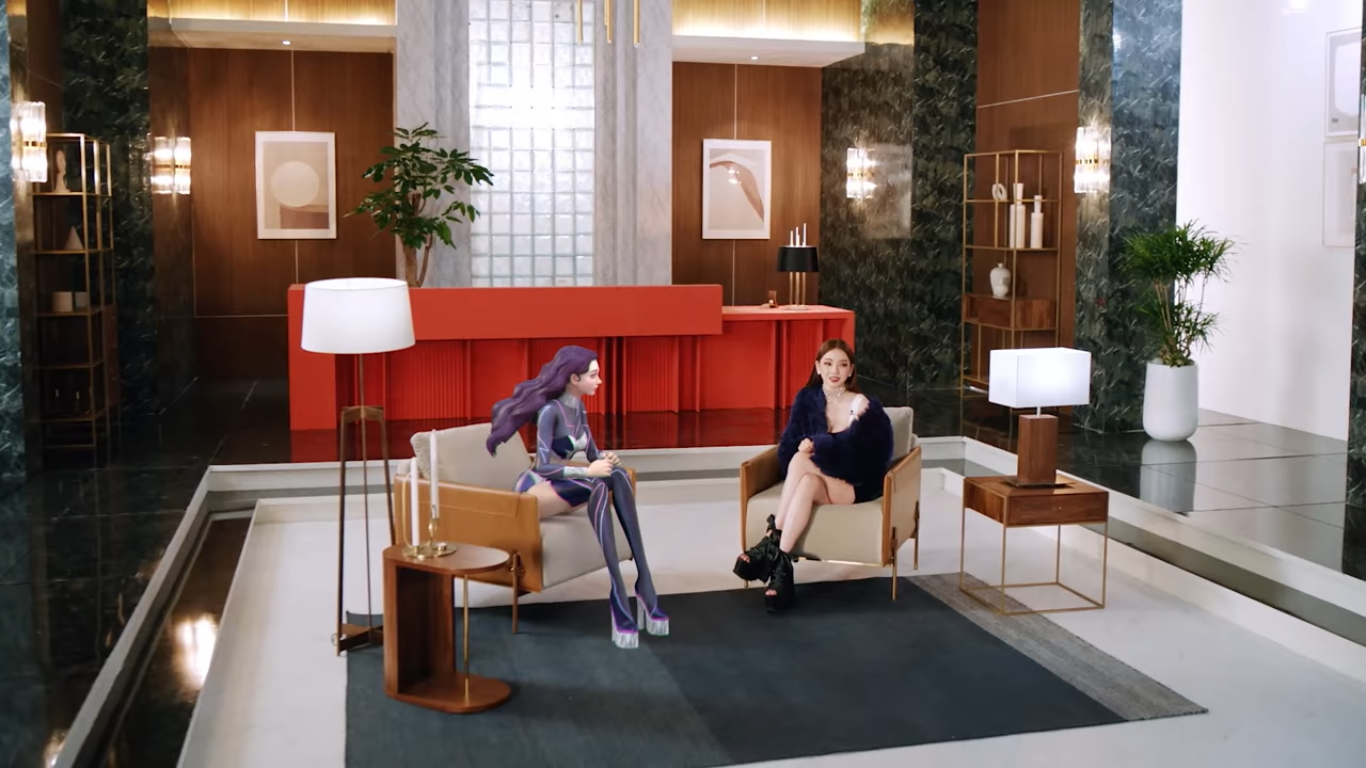 Through this video entitled 'MY, KARINA', we will be introduced to the figure of a virtual aespa member named æ-Karina..

æ-Karina is the avatar of Karina, who live in a virtual world and can interact directly with members in the real world.

According to Lee Soo Man as the founder of SM Entertainment, aespa will be the first music group to have members in the real world as well as members in the virtual world. The two of them can interact through the digital world, as seen in the video that has been released.

Lee Soo Man explained that the avatar had been in their own world all this time, and one day, they met aespa member in the real world.

In addition to introducing the virtual members, in this video we can also see four aespa members from the real world consisting of Winter, Karina, Aeri and Ning-Ning. You can watch the introduction video of the virtual aespa members below! (www.onkpop.com)