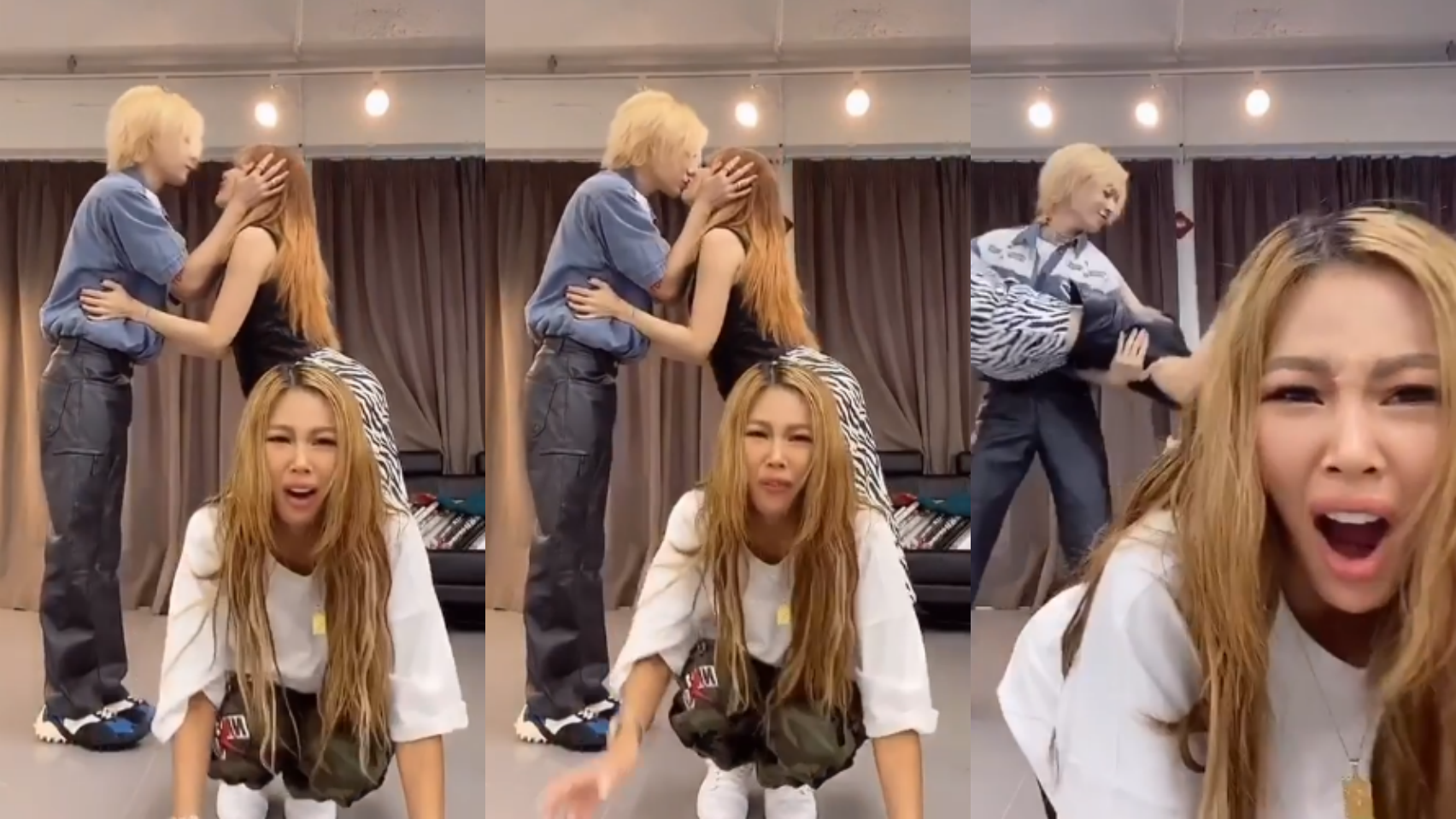 During the video, followers found Jessi, who was seen cursing at the end when she saw Hyuna and DAWN kissing.

"Unni, what did you say at the end? Did you say 'what the f ** k'?” and Jessi replied by commenting,"Yes, yes" confirming her harsh remarks in the video.

Other netizens who saw Jessi's confession then commented, "As expected, Jessi did not hesitate," "The way she pronounced the words so clear was funny," and others.

Meanwhile, Jessi recently released her new album "NUNA" along with the MV for the title track "NUNU NANA" and also "NUMB". (www.onkpop.com)