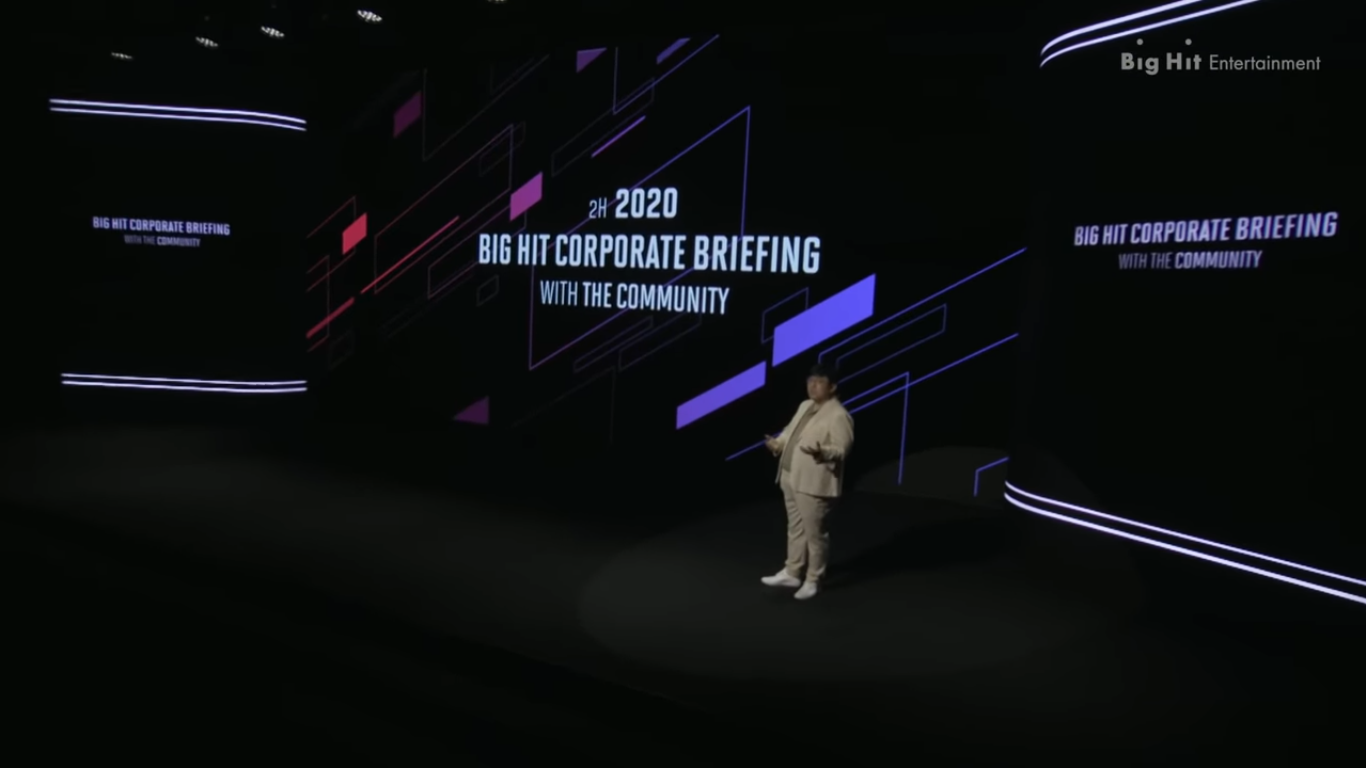 This video contains the announcement of Big Hit's plans for the second half of 2020 which highlights the company's big plans for the future.

Apart from discussing BTS' comeback plans and their new concert, Bang Si Hyuk as the company's founder and chief producer also discussed the announcement of plans for other Big Hit artists. PD Bang announced, “TOMORROW X TOGETHER is also planning to make a comeback this autumn. So look forward to them!"

Furthermore, PD Bang also tells his plans to debut a new group. “The survival program for global K-pop artists called 'I-LAND', which is lead by Big Hit Label company Belift Lab in collaboration with CJ ENM, plans to debut a new team soon this year. After that, our new girl group is in preparation for working with CBO's Min Hee Jin and Source Music who will debut in 2021."

And according to the chart shown in the video, Big Hit seems to be preparing to debut a new boy group in 2022.

At the end of the briefing video, PD Bang made an announcement about a new mobile rhythm game featuring Big Hit artists in it, a teaser for the new "Netmarble" game about "BTS Universe", and much more.

Watch the full video below! (www.onkpop.com)
Add your comment