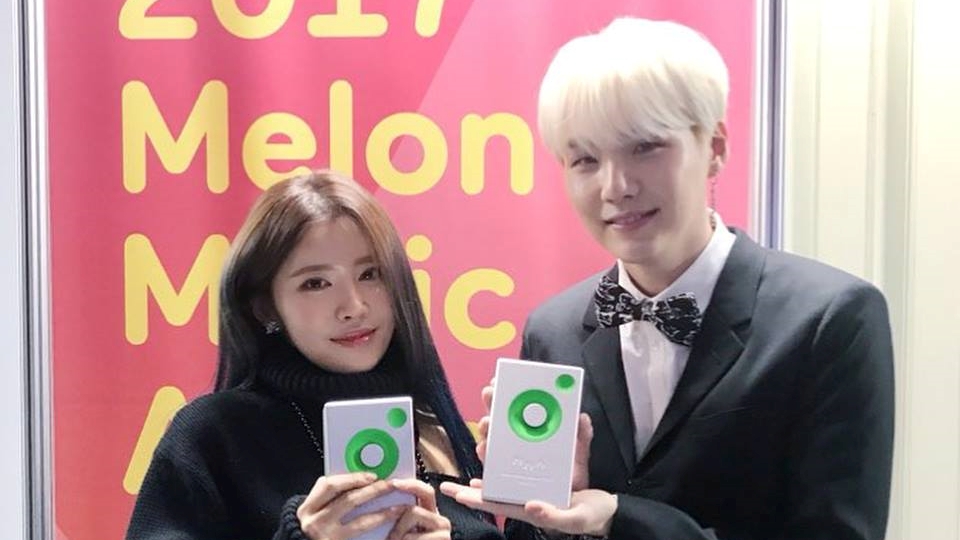 Suran gave her clarification after being rumored dating again with BTS' Suga. This rumor returned to circulation after Suran uploaded screenshots of the song 'Eight' owned by IU and Suga on Instagram Story recently.

Seeing that, a fan then asked Suran on Instagram, "Unnie, why is it 1:07?" which was answered by Suran, "Is there anything special with 1:07? I don't know, I just listened to the song and took a few screenshots and that is the screenshot whose song title reads well above. You don't need to search for meaning too much."

Many fans suspected that Suran intentionally uploaded screenshots in the same minutes as Suga's screenshots, considering that the two had previously been rumored to be dating.

Fans think that Suran intentionally provides clues about her love affair with Suga.

After becoming a controversy among fans, Suran immediately gave a clarifying comment on Instagram, "The reason I posted this is first, because the music suits my taste. I'm just drowning in it and I'm someone who does things according to the mood. I'm just someone who is honest with my feelings."

"Yes, when I posted the screenshot I was a little worried, so I changed the lyrics to English, just in case you might think something strange about the lyrics. I think I feel scared of you guys, I don't know. Also, I didn't know this collaboration would occur after collaboration with me. It originally started as a project for my album, so I'm happy to see that the collaboration continues. "

"And after I heard that he would collaborate with IU, one of my favorite singers, it reminded me of when I first started collaboration. It is amazing to see this project continue and be able to collaborate with IU. Because this collaborative project started with me, I'm a little remembered. I am happy to see BTS succeed and I also have positive thoughts lately. Actually I just thought, 'Hey, this song is good' and made that post. Can this clear the misunderstanding?" she wrote.

Previously Suga had indeed made a song for Suran entitled 'Wine' and it was Suga's first collaboration song with another singer. In 2018 both were rumored to be dating, but the news has been denied by Big Hit Entertainment. (www.onkpop.com) 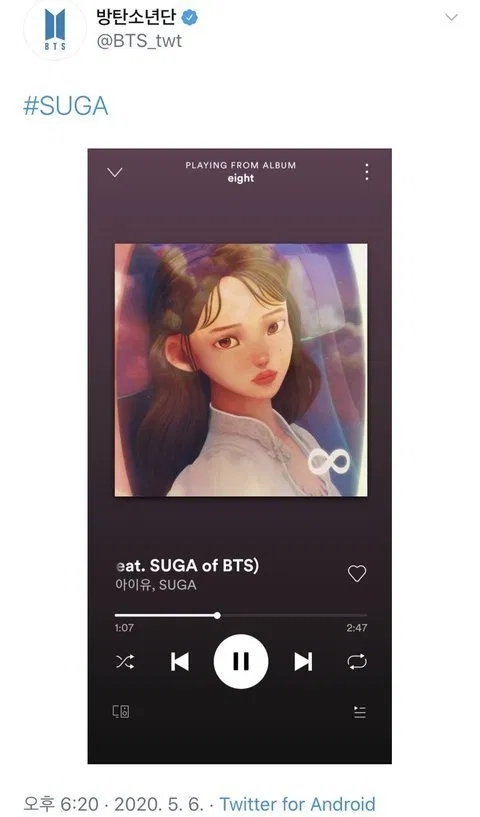