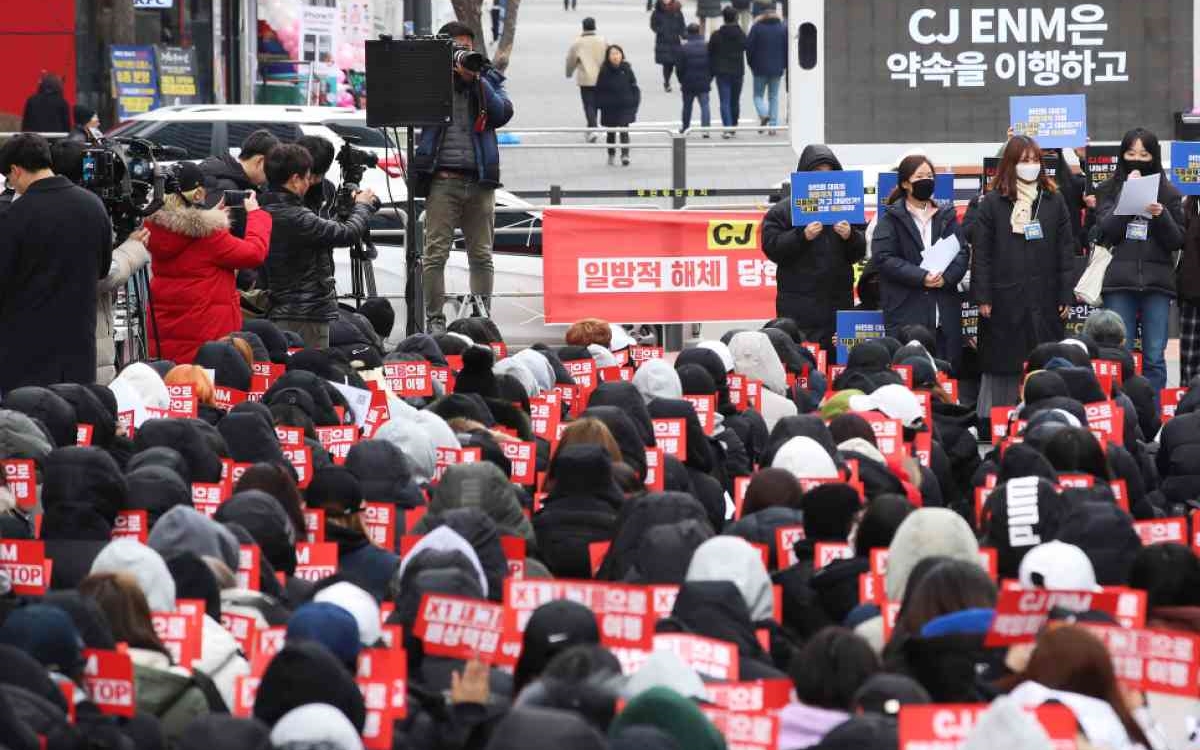 X1 fans in South Korea have canceled their protest in Seoul. After staging their first protest on January 22nd, X1 fans were previously scheduled to hold their 2nd protest on February 22nd.

This protest was held in front of the CJENM building, which contained demands to re-debuting X1. But because there was a warning from the South Korean government asking the citizens not to hold large-scale meetings to prevent further corona virus spread, the protest action had to be canceled.

A representative from X1 fan coalition said, "It is very impossible to know when the corona virus problem will be resolved, so we cannot schedule further protests. However, we still plan to convey our message in various ways including through online campaigns, even though we cannot do it offline."

The fans then said, "If some members cannot return to promotion as X1 members because of the schedule set by their respective agencies, we also support the unit group debut."

Currently X1 fans all over the world are also conducting an online campaign by trending topics on Twitter using the hashtags # ParadeForX1Unit and # GoAllOutForX1. (www.onkpop.com)
Add your comment