This is the Reaction of Korean Netizens After BTS Win All Daesang Trophies at the '2019 MMA' - ONkpop.com - Breaking K-pop News, Videos, Photos and Celebrity Gossip 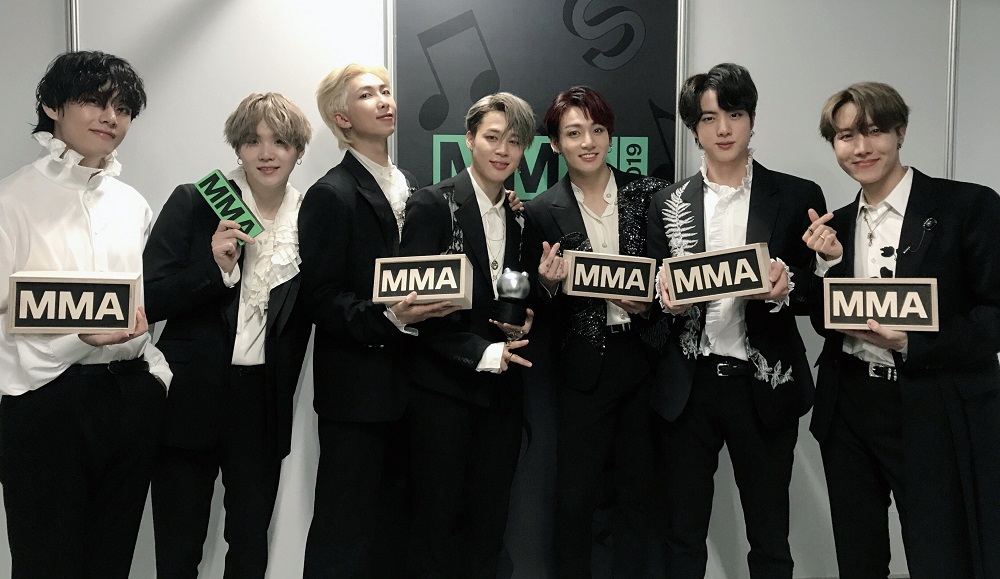 Through the award ceremony, BTS successfully bought four Daesang trophies at once, consisting of Artist of the Year, Record of the Year, Album of the Year and Song of the Year.

BTS became the first K-Pop group to win the Daesang trophy at the year-end music award event throughout the history of the music industry in South Korea.

Responding to the extraordinary achievements that BTS has achieved, Korean netizens on the Naver website commented:

"As can be expected from BTS, congratulations!"

"That is BTS, BTS is truly extraordinary,"

"When watching BTS' performances on stage, the performance standards for K-Pop idols immediately soared. So when I see the appearance of other artists, I get less excited, "

"BTS really deserves it, I admit it," and many other similar comments.