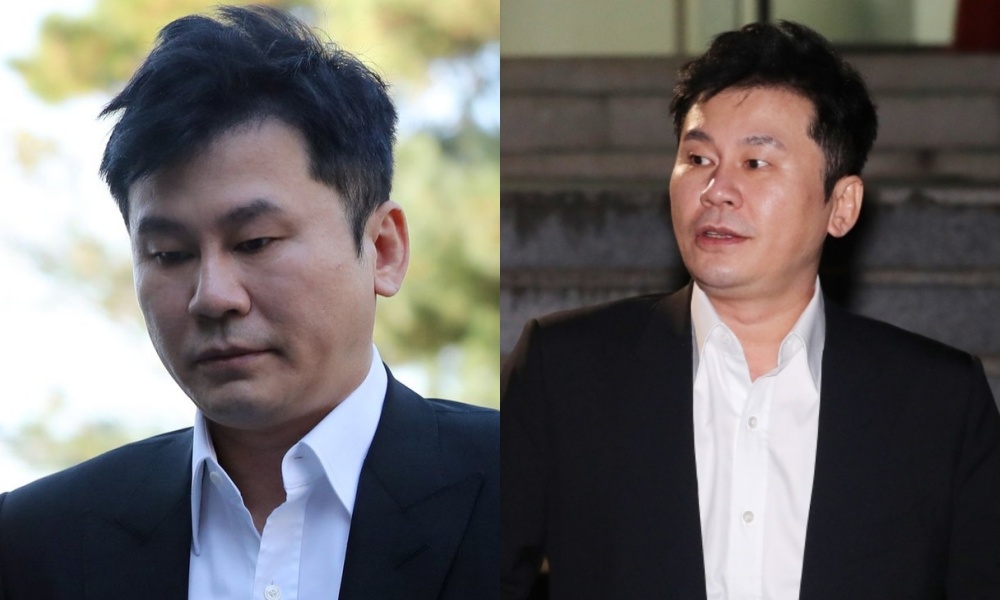 Previously, 'A' claimed have been threatened by Yang Hyun Suk, to pull in her evidence against the 2016 B.I drug case.

Yang Hyun Suk do the investigation at South Gyeonggi Province Police Station for 14 hours. When he arrived at the police station on Saturday (09/11) at 10:00 KST, Yang Hyun Suk said, "I will try my best to answer all police questions."

14 hours later when he left the police station at 23.50 KST, the former YG Entertainment boss said, "I have answered all the police questions in earnest. I can't reveal anything because the police investigation is ongoing."

This is the first investigation conducted by Yang Hyun Suk, to discuss his involvement with B.I. drug case. (www.onkpop.com)
Add your comment