MAMAMOO Topped the Billboard Chart For The First Time with ‘HIP’ Billboard has just updated the ranking of the 'World Digital Song Sales' chart for this week and the name MAMAMOO with their main song from the album 'reality in BLACK' entitled 'HIP' successfully ranked first on the chart.

Previously Solar, Hwasa, Wheein and Moonbyul had tracked the World Digital Song Sales chart with this by ranking fifth along with the song 'Destiny' which was released recently which ranked seventh.

Only for a week, the song shot up to the first rank, proving funky dance music with elements of hip hop music and EDM from the four member are in great demand.

Meanwhile, reality in BLACK became the second full album released by the girl group after their debut since 2014. Congratulations MAMAMOO! (www.onkpop.com) 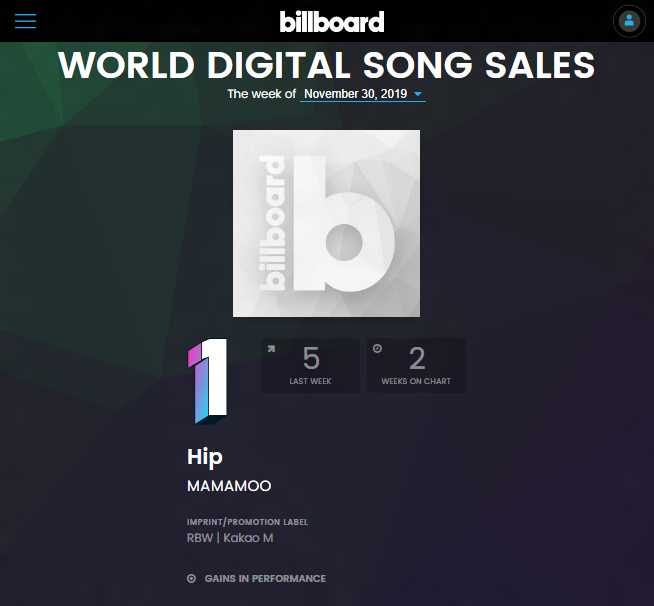