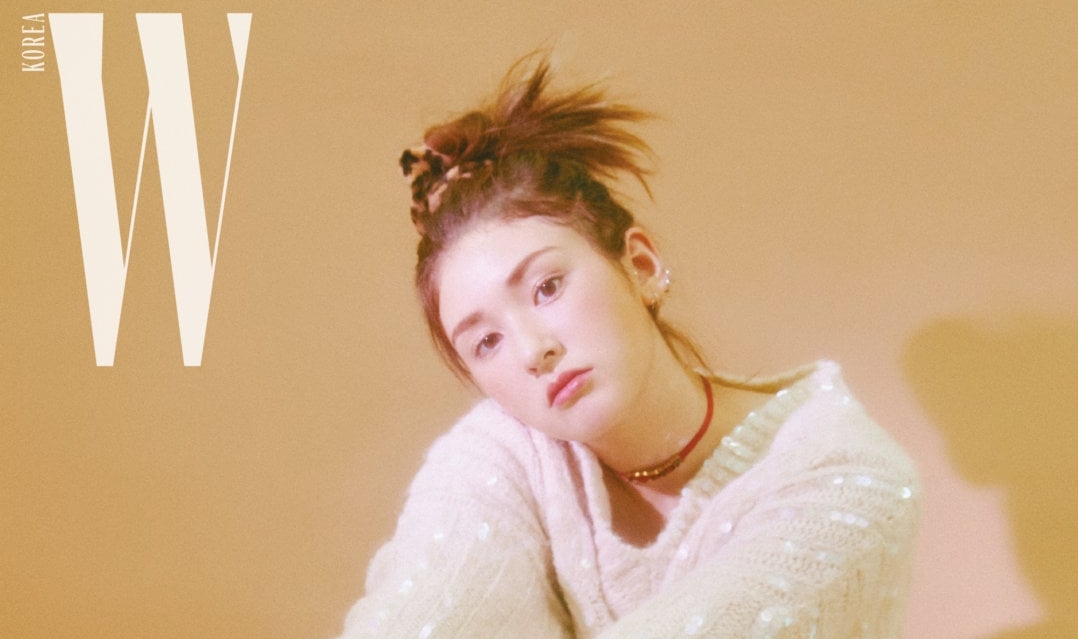 Jeon Somi recently took a photo shoot with W Korea fashion magazine. In the interview, she talked about careers, mindsets, and more.

Jeon Somi was asked what she thought about becoming an adult next year. "Although it's a bit sad that my teenage years are over, nothing has changed much," she said.

"Of course, since I started my career as a teenager, I have often been called 'Teen Somi' or 'Somi Student' so that my teenage years are very meaningful to me. I want to know about my 20 years coming soon, and I am also trying to write lots of lyrics while I have teenage emotions. Because it would be a pity if missed," she continued.

Jeon Somi also shared that her favorite school subject was household economics. "I'll try something once, so it's fun to cook or do a science experiment," she said.

When asked if she had any advice she wanted to give to junior artists, Jeon Somi answered,

"There was something that the senior artist said when I was a trainee. They said, 'Even though you are practicing now so you must feel tired, have complaints, and have lots the thing that you worry about, once you debut, you won't have time to practice. The skills in dancing, rap, and singing that you build now through training will remain with you throughout your career. That's why you have to train so hard now'."

"I didn't understand it at the time," Jeon Somi explained. "I thought that as soon as I debuted I just felt happy and that wish came true, that was the end. When I think about it now, I was wrong. I relate to the hard times the trainees went through while thinking, 'Why don't I practice more than that? I want to go back to the time when I was a trainee and dance and sing more'."

Jeon Somi debuted with the song "Birthday" this summer, and she was asked if there was anything about her promotion that she wanted to change. "It took a lot of effort and time before I made my solo debut," she said. "I have experience on stage, but I'm really nervous about doing my first solo promotion. Next time, I want to be more relaxed on the stage and show that I enjoy myself."
Jeon Somi also talked about the thoughts she used to live her life as a young celebrity. "I'm still very young so I can't be satisfied with what's happening now. I can stop receiving love or being hated at any time. There are still many roads to go through and many days left to live. Therefore, let's work hard and be grateful. Come live openly and honestly," she concluded. (www.onkpop.com)
Add your comment