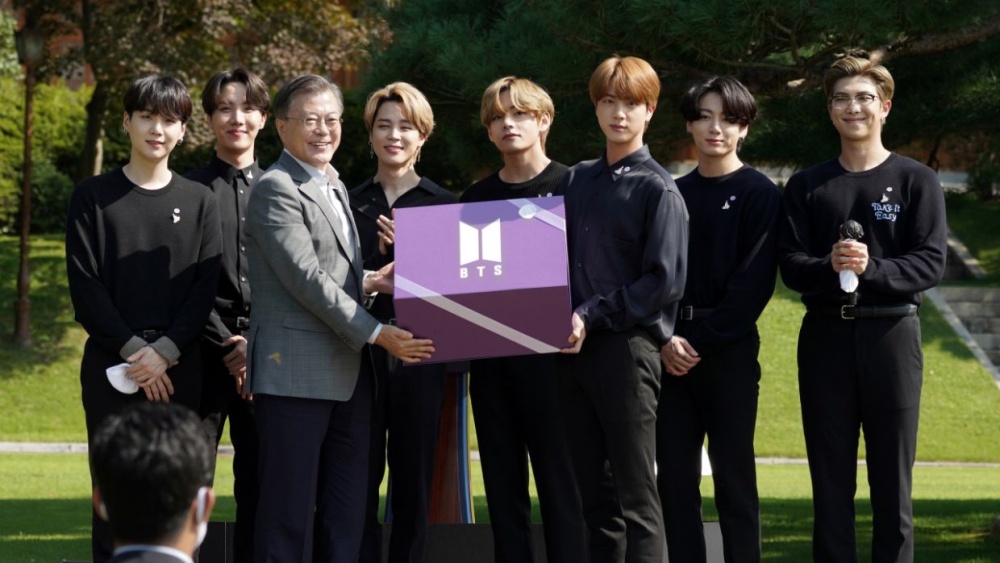 BTS is rumored to be meeting with President Moon Jae In in order to hand over the certificate of the President's Special Envoy. The meeting has been scheduled to take place at the Blue House on September 14th, 2021.

According to an official statement from the Blue House, President Moon Jae In has sent a letter appointing the President's Special Envoy to BTS on September 11th, 2021.

As the Special Envoy of the President, BTS will represent South Korea to attend international meetings, one of which is the 76th United Nations General Assembly which will be held in New York on September 21st, 2021.

After being appointed as the Presidential Special Envoy, the BTS members said, “We grew up together with today's younger generation. We have directly and indirectly witnessed and experienced the impacts of society, such as global problems and severe economic crises. We will participate, whether it is a rally or if there is something we can do and we have the power to do it,” said the members. (www.onkpop.com)
Add your comment