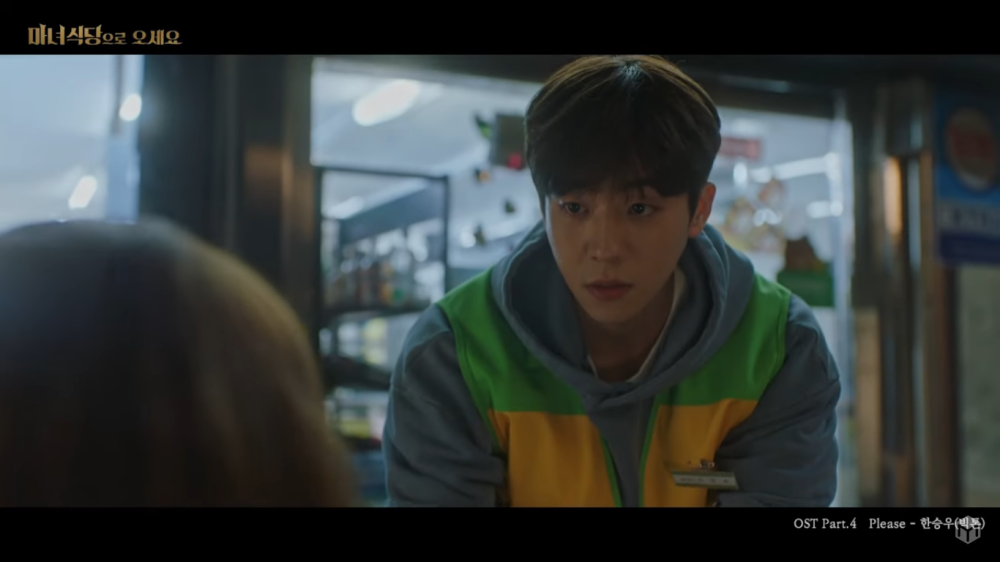 'Please' is a medium tempo pop ballad performed by the melodious voice of Han Seung Woo. Through this music video, we can see the appearance of some of the main characters played by Song Ji Hyo, Nam Ji Hyun and Chae Jeong Hyeop.

In addition to the official music video, we also get a 'Making Film' which shows Han Seung Woo recording in the studio. Just listen to Han Seung Woo's melodious voice through the latest OST for the drama 'The Witch's Diner'! (www.onkpop.com)
Add your comment