This is a List of K-Pop Idol Comebacks and Debuts in June 2021 - ONkpop.com - Breaking K-pop News, Videos, Photos and Celebrity Gossip 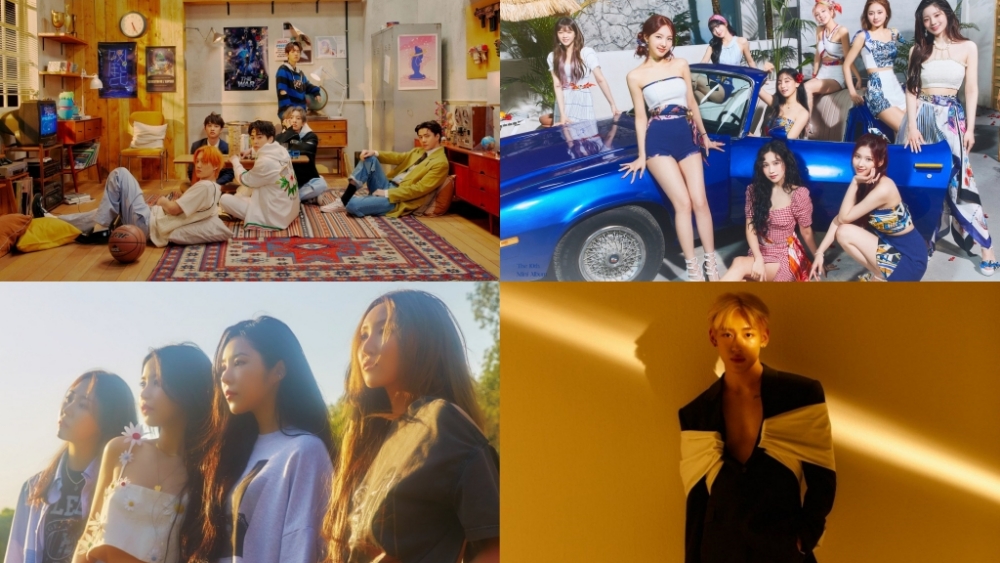 This June 2021 will be filled with the latest releases of K-Pop idols. Starting on June 1st, MONSTA X returned with the mini album 'One of a Kind', B.I released the full solo album 'WATERFALL', and actress Ra Mi Ran and rapper Mirani released their collaboration single titled 'RAMIRANI'.

On June 2nd, MAMAMOO will have their comeback with 'WAW', then boy group BDC and Lee Eun Sang will collaborate on the remake of PHANTOM's 'Hole In Your Face'.

VIXX's Ravi will be releasing his newest solo mini album entitled 'ROSES', while GHOST9 will be returning with the mini album 'NOW: When we are in Love' on June 3rd.

On June 4th, Zelo will release the single album 'ON A ROLL'. Then on June 6th, EXO will be releasing a special album 'DON'T FIGHT THE FEELING', N.Flying with the first full album 'Man on the Moon', then Ha Sung Woon with the mini album 'Sneakers'.

Boy group EPEX will make their debut on June 8th with 'BIPOLAR Pt.1 : Prelude of Anxiety'. Then on June 9th, TWICE will be releasing the title song 'Alcohol-Free' from their 10th mini album 'Taste of Love'. On the same day, WEi will make a comeback with the mini album 'IDENTITY: Action', Hoya with a new single after a 3 year hiatus, and Woo Jin Young D1CE with the first solo mini album '3-2=A'.

Cube Entertainment's girl group, LIGHTSUM will make their debut with the single album 'Vanilla' on June 10th. On June 11th, TWICE will be releasing the album 'Taste of Love'. Then UP10TION with the full album 'CONNECTION' on June 14th. GOT7's BamBam with his first solo mini album 'riBBon' on June 15th.

In addition to the names mentioned above, various K-Pop idols who are also rumored to be making a comeback this month are 2PM, (G)I-DLE's Soyeon, VICTON's Han Seung Woo and KARD's BM. (www.onkpop.com)