BTS Jin's Acting, Vocals and Visual in the MV 'Film Out' Reaps Praise 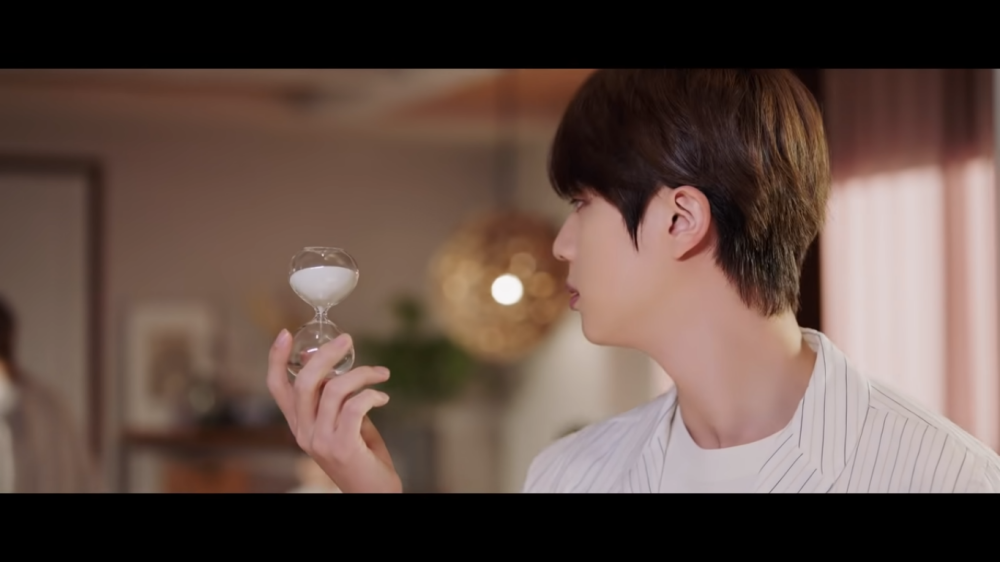 Recently, on April 2nd, 2021, BTS was known to have released their new Japanese song entitled 'Film Out'. Apart from releasing the song 'Film Out', on the same day BTS also released the official music video for their new song.

In the official music video for 'Film Out', Jin is seen playing a key role in the story in the music video. Because of this, Jin's acting skills received a lot of praise from the Korean media.

One of the Korean media that praised Jin in the music video for 'Film Out' was Star News. They said that Jin drew attention with his impressive gaze and gentle expression from his empty yet lonely appearance, and his extraordinary acting skills.

Jin immersed himself in the role with his deep eyes when the scene stared at the other BTS members. Besides, he also drew attention at the 2nd minute of the music video for 'Film Out', where Jin's face was enlarged, showing Jin's outstanding visual.

Jin's singing ability was also praised, because in this song the unique charm of Jin's vocals also stands out. Fans can feel Jin's sweet voice and vocal ability with a rich, spacious, warm voice and beautiful emotional expressions.

Meanwhile, after the music video and song 'Film Out' were officially released, Jin's real name graced the realtime trending on Twitter around the world. The keywords 'Actor Jin' and 'Jinkun' which are Jin's nicknames in Japan are also climbing the trending list in realtime. (www.onkpop.com)
Add your comment