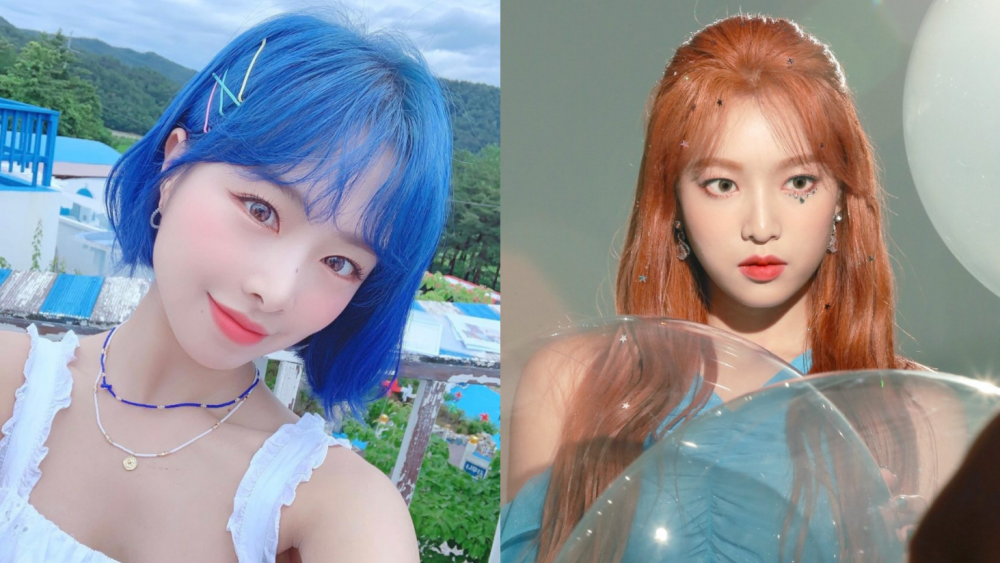 After writing her confession for the first hook, Hyunjoo, ex-APRIL, immediately got the spotlight because some time ago she was claimed to be a victim of bullying by fellow members. The admission of the accusation of bullying against Hyunjoo was initially expressed by her younger brother and immediately spread to various directions, so that DSP Media also took action by suing Hyunjoo and her family.

Recently Hyunjoo issued an official statement through a personal Instagram account, revealing for the first time the issue of her being the victim of bullying by her group mates. But not long after that, Chaewon and Yena also wrote an official statement letter, making a confession to the contrary from the statement expressed by Hyunjoo.

“Hello, this is Yena APRIL.

First, I apologize for causing concern to many people through this controversy. I want to clearly prove the true facts of this case in court, but I can no longer just stand by and watch the massive amount of false speculation, so I'm writing this in detail here.

Although we all started with different starting points, we all worked hard without a break to reach this point while pursuing the same single goal. One goal is our very valuable group, APRIL.

Until recently, we all experienced things that we didn't need to. Each of us has been exhausted along the way, and there have been many times when I was so exhausted that I wanted to give up on everything, but all of the members have gritted their teeth and endured on their own for the past seven years.

Since we were young, we wanted to complain and make childish tantrums, but we were all secretly working hard in our own positions without letting it show on the surface. We're all young, and it's a time when each of us gets overwhelmed just trying to take care of ourselves.

Since we are a group, and because we are all groupmates who will be together in the future as well, if someone falls behind, we reach out and offer to help so we can go together. This, for us, is normal and something we are very confident about.

That's why we each work hard and do our best in our own way. No matter how difficult it is, we stay polite, we let other people have a turn, we leave letters to notify the other members when we are sick, we celebrate each other's birthdays... we do everything that people think our groupmates should do for one each other, many times.

However, I always felt that one member was constantly pushing us. When something happened to all of us, she considered herself to be the only victim, and even in situations that arose by chance, she acted as if we were the perpetrators.

Because she didn't trust the other members, we gradually started to realize that many of our efforts were meaningless. We are always burdened with anxiety and fear because we don't know how the situation will suddenly change or escalate [because of her].

If [people suggest it] even in such a situation, it's also the responsibility of members who are the same age or even younger to look after the mentally and physically weak members, then I think that's even more cruel.

It's not that our members are always physically fit or mentally strong that we are able to do it here without any problems. Since we are human too, there is not one of us who does not suffer physically or mentally. No one who hasn't had a hard time with us will be able to know the kind of suffering we are going through.

But how can people easily speak as if they know us better than we do, as if they were there and experiencing the situation with us? From that day [when the accusations were made], we have been secretly suffering and surviving on our own, just like we did back then [when Hyunjoo was in the group], without even knowing how time passed. How much more must we suffer? How much longer do we have to endure this kind of incident?
Now, that wound was truly a wound that could never heal.

Again, I want to definitely tell you that there has never been any intimidation, ostracism, violent behavior, or harsh words, and the only truth is that everyone is suffering at the time.

I hope that our members and our fans will no longer be hurt and hurt by this distortion of truth and things that are too painful to even say out loud.

Because I don't want our family, acquaintances, and fans who have trusted us and have spoken on our behalf to suffer any more injuries, from now on, I plan to endure to the end and confirm the truth. revealed clearly and completely."

“Hello, this is APRIL's Chaewon.

First of all, I want to apologize to the fans who must have been shocked by the many rumors circulating lately. I'm sorry for giving all of you reason to be worried. Since all APRIL members need to move forward together with the same goals in the future, I want all of us to be close, and I never deliberately created divisions between the other members to make them grow apart.

After Somin left the group, I worked hard as the oldest member of the group to take care of all the other members and tried to make sure everyone got along. Because Hyunjoo was physically and mentally weaker, I paid particular attention to her.

Also, Hyunjoo and I are close enough that even our mothers are in contact with each other, from before our debut in 2014 to after our debut. I have the proof. If Hyunjoo has a conscience, I'm sure she will remember this, and I believe the truth will be revealed soon.

Also, I was really pissed off by the false rumors [that I was dating] with a manager, and it really didn't make any sense. The idea that a manager could ignore the company's problems at will is impossible, and our manager must have been under a lot of pressure because of Hyunjoo. I also have evidence of this.

We all debuted at a young age, and because we weren't adults at that time, we all had a really hard time. It is not the pain and suffering of one person, but when we all experience pain and suffering together. I don't want to suffer any more from the exaggerated false speculation.

[Allegations of] bullying, social exclusion, violent behavior, harsh words, ridicule, and attacks on character are all untrue. With the hope of exposing the truth about all these things in court, I held myself back again and again no matter how unfair and annoying [accusations and speculations] were.

Since I can't act of my own will, I have no choice but to wait. However, now I think that I can no longer just stand by and keep quiet. Until the very end, I will make sure that the truth comes out no matter what.

Thank you for waiting, and once again, I sincerely apologize to the fans who must have been shocked by this kind of controversy.