BTS' Jimin Was Watching a Concert with Ong Sung Woo 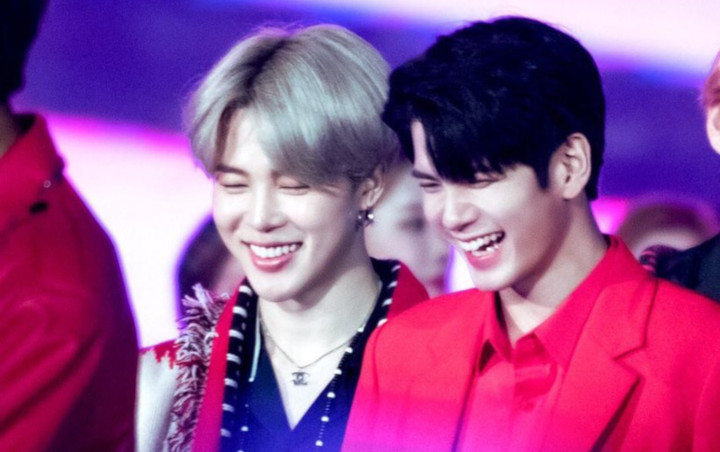 BTS' Jimin is enjoying a break after doing a series of "Love Yourself" concert tours for the past year. The 1995-born singer apparently took advantage of his relaxed time by meet his close friends.

On Friday (7/26), a fan shared a post on Twitter that was immediately viral. A post in the form of a photo of Jimin watching Ha Sungwoon's concert. As is known, the former member of Wanna One successfully held his first solo concert entitled "Dive in Color" in Seoul. Jimin and Ha Sungwoon are known to be very close friends.

The photo attracted the attention of fans because Jimin did not watch the concert alone. He was with Ong Sung Woo who was Ha Sungwoon's partner in Wanna One. In the photo, both of them look side by side and both look down.

According to fans, Jimin looks happy while watching Ha Sungwoon's concert. The "Serendipity" singer even stood up and greeted the people around him.

Jimin and Ong Sung Woo don't seem meet at the concert location. A fan shared their video in one car. This means that they did make a deal to watch Ha Sungwoon's concert together. This surprised fans while admiring their friendship.

"Jimin and Ong Sung Woo support Ha Sungwoon together. This is very happy,"

"Jimin and Ong Sung Woo. How can two handsome and popular idols be close friends? Hahaha,"

"I didn't know that Jimin and Ong Sung Woo turned out to be close friends,"

Meanwhile, BTS announced the final concert for the "Love Yourself: Speak Yourself" tour in Seoul for three days, 26, 27 and 29 October. Previously they would visit Saudi Arabia for a concert at King Fahd International Stadium, Riyadh on October 11. They will be on hiatus for two months before the concerts.

Ong Sung Woo himself is busy filming the JTBC drama "Moment at Eighteen" which he starred with Kim Hyang Gi. His acting as an idol actor successfully impressed the audience. (www.onkpop.com) 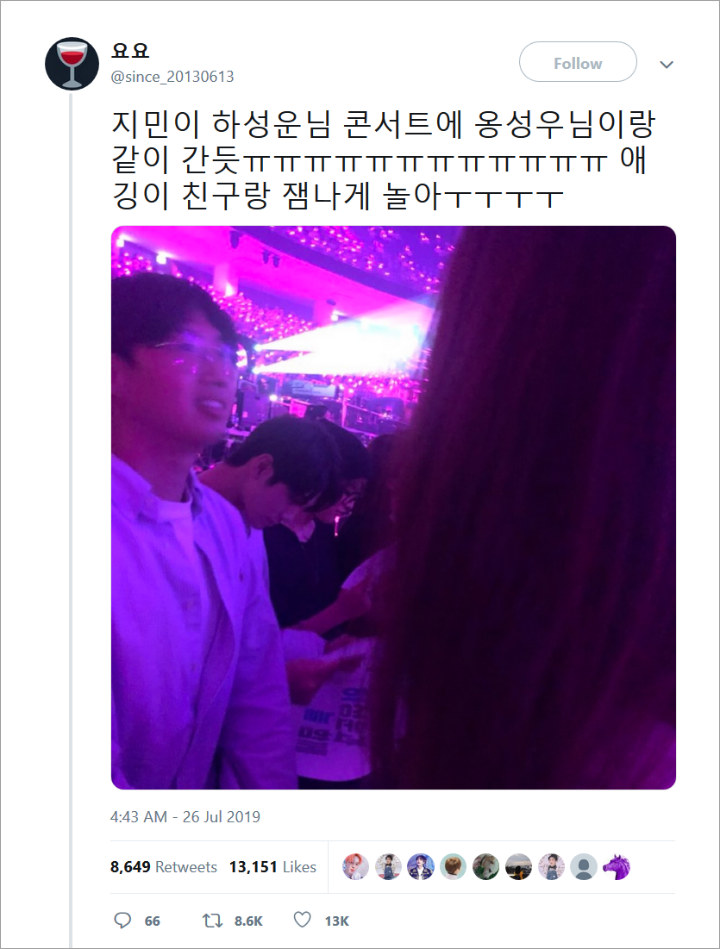