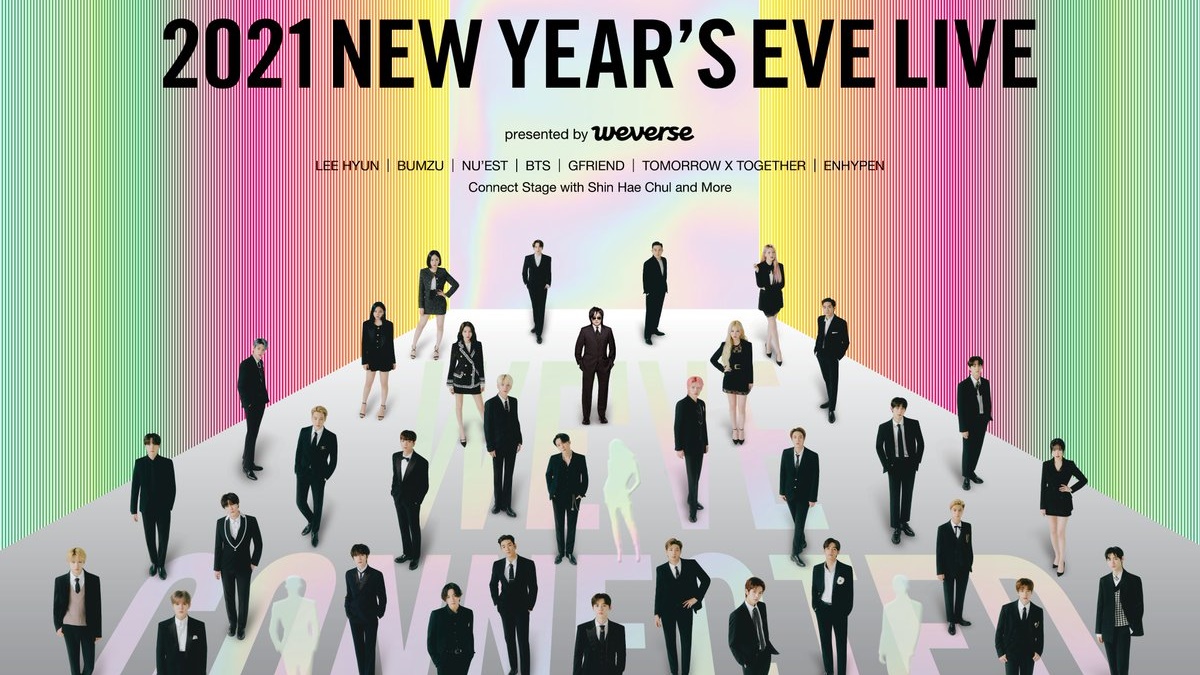 Big Hit Entertainment teases fans again within explain their year-end concert. The agency, which now houses several agencies and artists, is ready to entertain fans with various special stages that will be prepared and broadcast through the concert titled “2021 New Year's Eve Live”.

On Saturday (12/26) early morning, Big Hit released an official trailer video to continue the first trailer released previously. This video trailer is presented neatly and cinematically with a variety of stunning visual effects.

“2021 New Year's Eve Live” itself will not only be enlivened by idols under Big Hit such as Lee Hyun, Bumzu, NU'EST, BTS, GFRIEND, TXT and ENHYPEN. But it will also have connected with other world musicians namely Halsey, Lauv and Steve Aoki.

The concert will be exclusively broadcast on Weverse on December 31st, 2020. Here's a video of the new trailer. (www.onkpop.com)
Add your comment